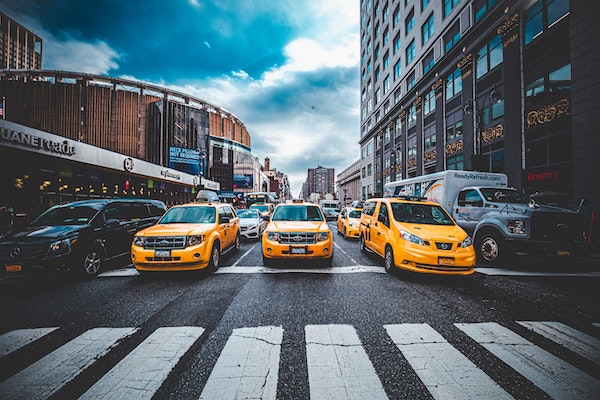 Governor Andrew Cuomo’s ambitious Empire Station Complex redevelopment was met with controversy from the get-go, and now, the project has been put on hold after heavy opposition from the local community. The constant debate surrounding the $1.6 billion master plan means that the future of Penn15, the tallest tower within the Empire Station Complex, is also uncertain.

First, a summary of what the Empire Station Complex project would entail if approved for development. The plan includes demolishing six blocks around Penn Station to build ten skyscrapers and bring 20 million square feet of mixed-use space to the area. The project calls for Class A commercial office space, retail space, hotel space, residential space, and outdoor space. The plan also includes upgrades to Penn Station and its infrastructure.

Five supertall skyscrapers are included in the Empire Station Complex, towering at 1,000 to 1,300 feet. The tallest of these five towers would be 15 Penn Station – or Penn15, as it’s now known in the media. Spearheaded by Vornado Realty Trust, the Penn15 development would rise 68 stories high, just 34 feet short of matching the height of the Empire State Building nearby.

A supertall in the works since 2010

The state-of-the-art high-rise would replace Hotel Pennsylvania on Seventh Avenue between 32nd and 33rd Streets. Plans to either demolish or revamp the hotel had been in the works since 2010, but they never came to fruition. Local lawmakers opposed Vornado’s plans for a skyscraper at the site from the very start, as they believe such a tall construction would create unwanted shadows and block views of the iconic Empire State Building.

In 2013, the developer switched gears and announced plans to “invest aggressively” to renovate Hotel Pennsylvania and turn it into an upscale destination for tourists and visitors. However, Vornado eventually returned to the initial plan to replace the hotel with a state-of-the-art commercial real estate tower. Vornado Chairman & CEO Steve Roth declared in 2015 that the hotel “is important, but not the main event.” According to Roth, the main goal was “to get the office buildings so that they command a higher market ranch than they do currently.”

An uncertain future for the Empire Station Complex

Fast forward to 2020, and Vornado’s project picked up steam; the developer even tried luring Facebook to Penn15; however, that move ended up not happening. Meanwhile, Hotel Pennsylvania closed its doors indefinitely in April of last year, and chances are they will never be open again.

Then, in early 2021, Governor Andrew Cuomo revealed plans for the Empire Station Complex, scheduled for completion sometime around 2038. The ambitious plan featured Penn15 as the crown jewel of the project, with Vornado’s Steve Roth estimating that the razing of Hotel Pennsylvania and getting the site construction-ready would take less than two years.

However, opposition from local lawmakers and community members leads to the Empire Station Complex being put on hold, at least for now. A public meeting on the topic had been scheduled for May 12 but has since been postponed, with no new date yet to be announced. What’s more, the $1.3 billion budget bill authorized to support the redevelopment of Penn Station is set aside for transportation infrastructure upgrades only, so no money can be used to construct any of the ten high-rises planned within the Empire Station Complex.

15 Penn Plaza, the Crown Jewel of the Empire Station Complex

Vornado’s 15 Penn Plaza project has been in the works since 2010 when plans for a supertall skyscraper across the street from Penn Station first took shape. Since then, the project has changed and evolved into a Class A commercial tower to house “the 22nd-century workplace of the future,” according to Steve Roth.

The office floors are divided into five unique “neighborhoods,” each containing 12 floors, encompassing from 130,000 to 670,000 rentable square feet. According to the project plan, the tower will feature “a unique side core design to allow for flexible office configurations and terraces on every fourth floor to maximize access to light and air.” Compared to classic center-core or offset core building designs, Penn15’s stacked floor plate types will provide multiple leasing opportunities and be able to accommodate a wide range of office and retail tenants. Additionally, the tower will also incorporate a spacious, light-filled lobby, as well as a state-of-the-art food court.