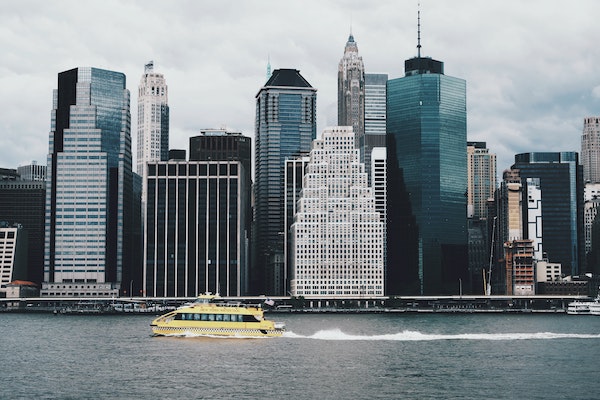 Commercial landlords were forced to adjust their business models not long after the pandemic first hit New York City. The situation forced people to improvise and create work-from-home offices in the blink of an eye. The result was a high number of office closures, relocations and downsizing, which left many office buildings vacant and landlords desperate to fill them. Given the market uncertainty created by the pandemic, many office tenants in NYC had to shift priorities and look for shorter-term, lower-risk office leases. Tenants, in turn, decided to kick the can down the road and not worry about long-term deals until the pandemic dust settles.

This means that office tenants around Manhattan started to sign significantly shorter leases for three years, a year, or even less. Companies became worried about changes in business culture, the popularity of remote and hybrid work models, as well as general market volatility. As a result, businesses have become cautious and reluctant to sign long-term leases for physical office space.

Office lease terms were already shrinking, even before the pandemic

The trend of signing short-term office leases continued through 2020 and 2021, and even in 2022. With some notable exceptions, most companies prefer to play it safe and not commit to two-digit lease terms. However, that is only true primarily for startups or businesses in the early growth stages; large corporations are still signing long-term leases. This should make sense, since they have sufficient capital to ride out short and medium-term market variance, allowing them to focus on a big picture. This is quite similar to other long-term investment strategies, most of which end up paying off, given that you can weather the storms and capitalize on opportunities to re-invest. What’s more, research from the Urban Land Institute shows that ‘shrinking lease terms was a gradual trend over the nine years preceding the pandemic.’ Lockdowns and remote work only accelerated this trend, but not across the board.

According to ULI research, the shortening of office leases does not represent a real trend. If we exclude startups and small tenants and short, extension-like leases signed during lockdowns, we can see that Covid-19 did not have a major impact on long-term office leases. Excluding short-term lease outliers, the average U.S. office lease term decreased from roughly 65 months to 63 months – which is only a moderate drop. It’s not insignificant by any means, but it fits in line with the gradual decline recorded from 2010 to 2013 or from 2015 to 2017.

ULI’s analysis shows that the shortening of office lease terms is a decade-long trend, not a direct result of the pandemic. What’s more, this trend seems to only affect the office sector; the retail and industrial sectors have not recorded declines in lease terms in recent years. Given these statistics, why does it seem that office lease terms are becoming shorter?

Over the past few decades, many industries have started going digital and automating their operations. The tech boom has given rise to countless startups constantly pushing boundaries and triggering disruption, and these startups aren’t looking for long-term leases. That’s because startups and businesses in the early stages have to deal with uncertainty. As many of my readers already know, roughly 90% of startups fail in their first year of activity. Other startups experience tremendous success and expand considerably in their first years of activity. In both cases, tenants will be cautious and sign short-term, flexible leases that will allow them to downsize or expand their office footprint, depending on how their business evolves.

Many startups and small businesses in the early stages prefer to rent short-term coworking space because it provides flexibility and encourages networking and interaction with like-minded entrepreneurs. That’s precisely why companies like WeWork saw such tremendous success. They appealed to young professionals and entrepreneurs and provided them with a more modern, flexible, amenity-rich alternative to traditional office space.

The tech boom and the evolution of startup culture in New York City, coupled with the emergence of remote work options and hybrid work models, have caused office lease terms to gradually shrink. During the pandemic, this trend has gained more momentum. Before 2020, commercial office space was usually leased for 5, 10, or even 15 years. According to Colliers research, uncertainty related to the pandemic caused office lease terms to drop below ten years in 2020 and 2021. Leases signed by smaller tenants shortened even more; the average office lease term went from five to four years, while the median lease term decreased from five to three years. However, data analyzed by ULI shows that mid and large-sized leases were not as impacted. Moreover, Colliers data shows that in 2022, the average term for large office leases increased to 16 years, while the average term for mid-size leases rose to 10.5 years.

Larger tenants continue to bet on the market long-term

Nearly all large corporations operate their businesses on longer timescales. As such, they are more inclined to sign long-term leases of 10, 15, or even 20 years in order to achieve their big targets. Recent examples from the retail sector include Robin Birley, which signed a 20-year lease for a new dining club on Madison Avenue, and Prada’s 12-year renewal at 575 Fifth Avenue.

Global media giant Conde Nast signed a 25-year office lease for 21 floors of One World Trade Center in 2014. While double-digit lease terms are not unusual for large corporations with thousands of employees, they are not common as a proportion of total leases signed. “Only investors who would get a very good deal or 100-year-old companies that aren’t looking to grow or downsize would even consider agreeing to terms that long,” according to Propmodo. Michael Lirtzman, Head of U.S. Office Agency Leasing at Colliers, told the publication that he rarely sees office leases longer than 20 years. “The only users I have ever seen on leases of this length are long-term corporate headquarters in single tenant build-to-suit assets,” he said. In the same article, Lirtzman also emphasizes the importance of subleasing rights for such long lease terms as a precaution for tenants.

Very-long-term leases such as Conde Nast’s at One WTC have certain advantages for tenants, like rent discounts, a stable location, and opportunities for expansion and build-outs, but they also pose risks. Conde Nast had to sublease a third of its office space at One WTC in 2018 after several quarters of financial troubles. The right to sublease proved highly beneficial, as the company cut its operating costs and even saved on rent, as asking rents for Class A office space in Manhattan surpassed $100 per square foot. During the pandemic, Conde Nast was again in trouble and got into a very public fight with the landlord to renegotiate its rent and office square footage.

As was already discussed, short-term leases are highly advantageous to startups or smaller companies because they offer key flexibility and represent less risk to the tenant. However, they can also benefit the landlord if their property is sought-after by tenants. If there is high demand for quality office space, landlords have a vast pool of renters to choose from every time a lease expires. They can rent out the space for just 1 or 2 years and impose rent hikes with each new lease if the market is strengthening and their property is in demand. In other words, they gain a long-term benefit of being able to ride the market as it recovers, as opposed to having tenants lock into long-term leases which would fall below market as demand for commercial real estate recovers.

According to ULI research, one disadvantage of shorter lease terms for landlords, is the increased cash flow volatility. A high tenant turnover means higher costs, including concessions, leasing commissions, marketing to attract tenants, build-outs and improvements, etc. Eventually, shorter lease terms could create underwriting concerns for investors and lenders, causing office cap rates to rise – which could also result in less cash flow stability for owners. Long-term leases, on the other hand, can be advantageous to both sides: landlords get a predictable and stable cash flow, while tenants also benefit from predictable rent expenditure and gain initial leverage to negotiate a better deal.

Metro Manhattan Office Space is a New York City commercial real estate agency specializing in representing business tenants in the acquisition and disposition of office, loft, medical and retail space. The firm was founded in 2004 and has represented hundreds of tenants over the years in negotiating leases with New York City’s major landlords, brokerage firms, and managing agents. If you or your company are in the market for a quality New York City commercial space, contact us today at (212)-444-2241 or by email at [email protected].