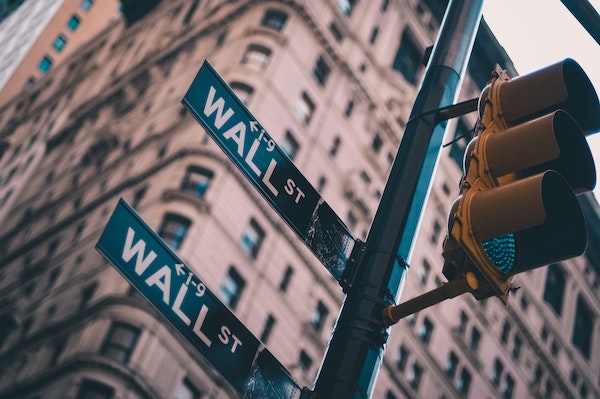 The January 28 short squeeze of GameStop stock sent the U.S. stock market into a frenzy unseen since the financial crisis of 2008. When Reddit users decided to join forces to raise GameStop’s value, a Texas-based retailer that had been heavily hit by the rise of online shopping and the pandemic, Wall Street was taken by storm.

California-based financial company Robinhood found itself at the center of the controversy when it blocked its users from buying further GameStop shares. The move caused significant backlash towards Robinhood and its practice of payment for order flow, to the point that their mobile app ended up with a 1-star rating on Google. Now, Robinhood is moving closer to Wall Street, planning to open a 60,000-square-foot headquarters in the heart of Manhattan.

Who and what is Robinhood, exactly?

Robinhood is a finance and technology company based in Menlo Park, California, and founded in 2015. The company provides commission-free stock trading and exchange-traded funds services via its mobile app, which Millennials predominantly use. The name Robinhood comes from the company’s mission to “provide everyone with access to the financial markets, not just the wealthy.”

The Robinhood app had more than 13 million users as of September 2020, including rookie investors and experienced stock market traders. Most of their users reportedly used the app every week, and the increased popularity of the platform allegedly pushed major brokerages like Charles Schwab and T.D. Ameritrade to eliminate trading fees. In 2018, Robinhood expanded its offering by providing commission-free cryptocurrency trading. It then expanded its Bitcoin and Ethereum services to other states, including Missouri, Montana, Massachusetts, Wisconsin, and New Mexico.

As the popularity of Robinhood increased, so did the controversies. In 2018, the company faced backlash for getting half of its revenue from payments for order flow, a controversial practice in the stock market world. It also faced scrutiny after one of its users committed suicide after seeing that he had a negative cash balance of $750,000 in his Robinhood account. This turned out to be an error. Last but not least, in September 2020, Robinhood was investigated by the Securities and Exchange Commission for not fully disclosing the fact that it was selling clients’ orders to high-speed trading firms. The company paid $65 million to settle the investigation in December. However, the most significant controversy followed in January 2021, when Robinhood found itself a central focus of the GameStop short squeeze controversy.

What role did Robinhood play in the GameStop short squeeze?

Robinhood came to play a central role in the GameStop short squeeze that unfolded during the first month of 2021. The saga began when stock traders on the popular Reddit page WallStreetBets began betting on GameStop, an American video game retailer, believing it was undervalued. A wave of investors followed suit, causing a trading frenzy that led GameStop shares to climb more than 1,600% in a matter of days. Consequently, on January 28, GameStop stock reached a pre-market value of over $500 per share – 30 times more than its valuation at the start of the month.

As demand for stocks intensified and the frenzy took over Wall Street, Robinhood blocked its users from buying further shares of GameStop, a move that caused a significant backlash and even led to an investigation by the House Committee on Financial Services. App users were so enraged by the blockage that they posted numerous negative reviews of the Robinhood app, and its rating dropped to just one star in the Google Play store. Other investors believed that Robinhood’s actions showed that it sided with hedge funds, which went against its official mission. According to the company, this could not be farther from the truth.

Why did Robinhood block its users from buying GameStop shares?

Just 24 hours after it took measures to prevent users from buying stock in GameStop, Robinhood resumed buying options. Facing backlash from investors and a sudden drop in popularity among its mobile app users, the company released a detailed statement justifying its actions on January 29.

In a blog post titled ‘What happened this week,’ Robinhood explained that the actions it took to limit stock buying in GameStop were not because it was taking sides but because it had to meet clearinghouse deposit requirements. According to the official statement, the amount required by clearinghouses to cover some securities’ settlement period rose ten-fold over just a few days. Because of this, Robinhood had to place temporary buying restrictions on some securities to ensure that they could meet the high deposit requirements.

What’s next for Robinhood? A 60 KSF office in Manhattan

Despite its attempts to justify its actions and regain its users’ trust, Robinhood is still under the scrutiny of investors. However, the controversies have not hampered the company’s expansion. Quite the contrary: in early February, Robinhood announced plans to open offices in New York City and Seattle as part of its mission to ‘democratize Wall Street – and Pike Place.’

Robinhood employees will continue to work remotely until at least August 2021; in the meantime, the company is recruiting online for its new outposts in NYC and Seattle. On the East Coast, Robinhood is reportedly looking for a roughly 60,000-square-foot office space in Manhattan, which would place it right in the heart of the country’s financial hub. This would mark Robinhood’s first location in New York City. According to The Real Deal, the company operates offices in Menlo Park, Denver, Florida, and London.