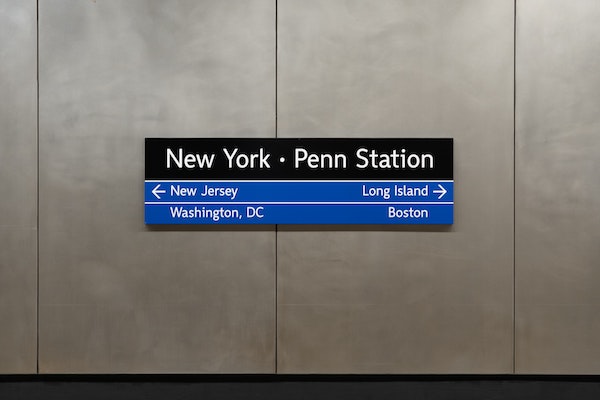 In early January of this year, New York City celebrated Moynihan Train Hall’s grand opening in Midtown Manhattan. The Moynihan Train Hall is a 486,000-square-foot expansion of Manhattan’s Penn Station, the central intercity railroad station in New York. Penn Station also happens to be the busiest train station in the Western Hemisphere, serving about 600,000 passengers each weekday. Unfortunately, decades of heavy use have left it in bad shape, unable to face the massive number of commuters passing through every day and in desperate need of a makeover.

Recently, there’s been a major development in the news, which is already generating controversy. Governor Andrew Cuomo has plans to demolish six blocks around Penn Station to build ten skyscrapers – calling the project the Empire Station Complex. As drafted, the plan would enable a high-density redevelopment on eight building sites surrounding Penn Station. When complete, it is expected to create around 20 million square feet of mixed-use space. This will include Class A commercial office, retail, hotel, residential space, and outdoor green space.

Cuomo’s Empire Station Complex plan calls for five “supertall” skyscrapers that will range in height from 1,000 to 1,300 feet. Four other towers are also set to be built as part of the complex, which means ten new skyscrapers built surrounding Penn Station. They would be located between 31st and 34th Streets and Sixth Avenue and Ninth Avenues.

Some of the potential benefits mentioned in the Empire Station Complex draft include: improvements to subway stations and transit connections; widening of sidewalks; improvements to bike lanes; a new 30,000-square-foot public plaza; and last but not least, the reconstruction and potential Southern expansion of Penn Station.

The project could also have tremendous benefits for Midtown Manhattan and contribute to NYC’s post-pandemic recovery. Building modern, Class A office space near a major transportation hub would help keep businesses in Manhattan. It would also provide tax revenue to help fund upgrades to the borough’s aging infrastructure and help pay for city services that all residents benefit from. The area surrounding Penn Station could evolve into a modern business hub similar to Grand Central Station, but with a broader choice of modern Class A office space to lure top corporate tenants.

The Empire Station Complex is good news for commercial real estate developers, landlords, and corporate tenants, but not everyone is pleased with Cuomo’s master plan. Demolishing six blocks of buildings while getting all the current residents to leave via forced sales of their properties has created a lot of opposition. What’s more, local community members are opposing the demolition of historical landmarks such as Hotel Pennsylvania, Toro College, and St. John the Baptist Church.

Local lawmakers are also opposing the project because it doesn’t include any clear plans regarding the future of Penn Station itself. A letter sent to Governor Cuomo, signed by Republicans Jerry Nadler and Carolyn Maloney, Assemblyman Richard Gottfried, and Manhattan Borough President Gale Brewer, expresses their concerns.

“The plan introduced by the Empire State Development Corporation at the height of the pandemic has nothing to do with Penn Station or infrastructure. Rather, it is a real estate development packaged as a transportation project,” said the letter. “The Complex would cause a myriad of adverse impacts: from sidewalk overcrowding, shadows, and the demolition of entire city blocks to the obstruction of views of the Empire State Building.”

Opposers of the project are also not too happy because Cuomo and Vornado Realty Trust, the developer of the high-rises, decided to bypass standard procedures to obtain approval for the plan. The project is set to move forward without a Uniform Land Use Review Procedure (ULURP), the standardized public review process for NYC projects.

The heavy opposition from community members and local lawmakers has stirred up many debates, both in the news and among NYC decision-makers, and results soon followed. Earlier this month, The New York Post reported that developers could only use the $1.3 billion loan approved for Cuomo’s Empire Station Complex for upgrades to transportation and infrastructure.

The decision states that the money “shall only be used in furtherance of [expanding Penn Station] or other transportation improvement projects, and not for above-grade development.” Unfortunately for Cuomo, this decision means that not a penny of that $1.3 billion can be used to develop the ten proposed skyscrapers intended to be built around Penn Station.

According to The Architect’s Newspaper, it will be a while before a final decision is made regarding the Empire Station Complex’s fate. The Empire State Development Corp. had previously scheduled a public hearing for May 12th; however, it has since been postponed, with no new date confirmed as of yet.

Learn more about the project and the controversies it stirred among community members in the video below: