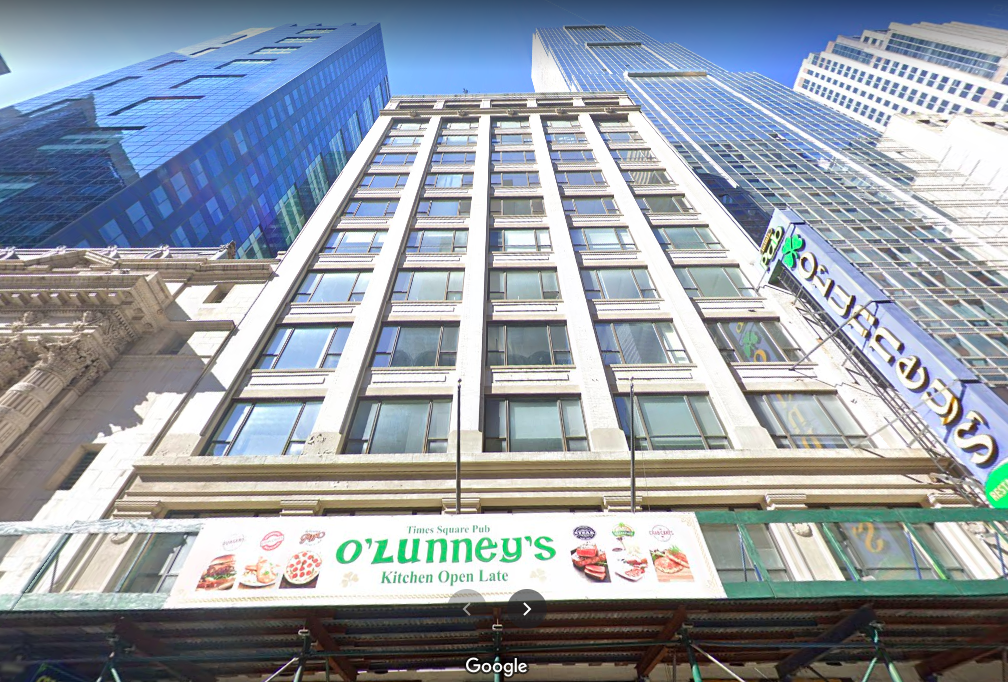 The Neoclassical-style office building rising at 145 West 45th Street in Midtown Manhattan was initially completed in 1911. The property was renovated over the decades and today houses various office tenants in creative industries and ground-floor retail space. The modern amenities at 145 West 45th Street, previously known as the Tilmar Building, make it an ideal fit for small and midsize businesses looking for quality space in a great location.

The Tilmar Building at 145 West 45th Street offers a little over 99,000 square feet of Class B Times Square office space across 12 stories. The property is owned and managed by Effy, which purchased it from AB & Sons in 2019 for $92 million. Amenities at the Class B Midtown office building include renovated elevators and common corridors, concierge service, an attended lobby, on-site security, keycard building access, and an on-site fitness center. The building is anchored by WeWork, which occupies roughly 47,000 square feet across five floors.

Each tenant gets their own private floor and can take over multiple floors, as well. Every space comes with a conference room, lounge, pantry, breakout space, open seating, and an executive office.

Getting to and from 145 West 45th Street

145 West 45th Street benefits from an excellent location in the heart of Midtown Manhattan, steps away from the bustling Times Square. Those working in the building have easy access to a plethora of shopping, dining, and leisure destinations, including the Shubert Theatre and the Lyceum Theatre. Public transportation is also easily accessible, with nearby stations serving the 1, 2, 3, N, Q, R, W, S, and 7 lines.

Who is renting office space at 145 West 45th Street?

The Tilmar Building is currently anchored by coworking giant WeWork, which occupies five floors and 47,000 square feet of office space. Other tenants in the building at 145 West 45th Street include Lamb Financial Group and Diamond Direct. The ground floor houses the O’Lunney’s restaurant.

How much is the rent price for office space at 145 West 45th Street?

Office asking rents at 145 West 45th Street are significantly more affordable than the average rent commanded in Midtown Manhattan, which often surpasses $90 or even $100 per square foot. This Class B asset offers all the modern amenities that office tenants look for nowadays, at a considerably more affordable price. The building is an ideal fit for companies and startups with 20+ employees looking for an urban headquarters or a satellite office.