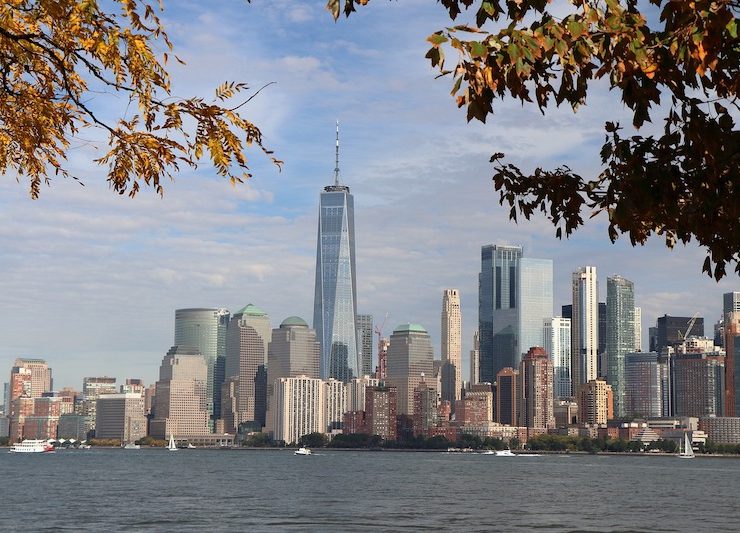 Compared to the first and second quarters of 2019, commercial real estate investment sales in New York City seem to have stabilized. The current global and U.S. macroeconomic environment seems to cause uncertainty on the near-term trajectory of both the U.S. and global economies, and the commercial sector is not immune to this fact.

The U.S.-China trade war, the continued deceleration in the Eurozone and China, paired with uncertainty over Brexit have added to the volatility of the global economy, and some concerns about the possibility of a U.S. recession are now on investors’ minds. However, base fundamentals reflect that the U.S. commercial real estate market is still holding strong.

We’ve extracted the top 20 commercial real estate sales of the third quarter to have a closer look at the market’s appeal. Once again, Manhattan’s performance held the top positions by number of entries and overall transaction volume, while Brooklyn and the Bronx have each made an appearance. Check out the complete list below and read on for some information on some of the highlights of Q3.

The ink had barely dried on the largest transaction of the quarter and the asset at 711 Fifth Avenue has already found a new owner. Back in August, Nightingale Group and partner Wafra Capital Partners paid $909 million for the 354,000-square-foot building that has been home to the Coca-Cola Company since 1983. The initial sale of the 11-story Plaza District office building, located in possibly the world’s most expensive retail corridor, had its fair share of controversies, which included delays and even a lawsuit.

Yet, as of late September, a joint venture between developer SHVO and Bilgili Group acquired a majority stake in the property, buying the interest of Wafra Capital Partners with backing from Deutsche Bank and German pension fund BVK in a deal that revalued the property at $937 million, as reported by The Real Deal. What’s interesting, and puzzling at the same time, is that SHVO and partners had initially placed a $955 million bid to the beverage giant for the 711 Fifth Avenue property. The SHVO Group’s acquisition will remain in the general’s public memory as one of the largest flips of a New York City asset, and as an unusual example of a trophy building changing hands quickly after a sale.

The second- or third-largest deal of the quarter–depending on how you regard the transaction activity of the measured period–was Deerfield’s acquisition of the 12-story office building at 345 Park Avenue South. RFR received $345 million for 300,000-square-foot property located near Madison Square Park between 25th and 26th Streets. The sale may or may not be related to RFR’s announcement in February about the building’s previous anchor tenant, Digitas, negotiating an early termination of its 250,000-square-foot lease. Deerfield expressed its intention to convert the building into a life sciences and biotech innovation hub.

Of the top 20 commercial real estate deals of the third quarter, four were focused on Manhattan multifamily assets. The largest transaction of the quarter occurred in July, and was Dermot’s $160 million acquisition from Spitzer Enterprises of the 147-unit rental property at 220 East 72nd Street on the Upper East Side. The building’s hefty price tag seems reasonable considering its elegance and privacy complemented by a 24-hour doorman service, spacious layouts and high-end amenities. The units start on the seventh floor and are only seven per floor, each with marble floors at the entrance and oversized windows.

One student housing asset sale also made the news in Q3. In late August, non-profit company Educational Housing Services paid $101 million to buy the 17-story building at 55 John Street from Tessler Developments, which had been the owner of the property since 2006. The asset, which can house up to 499 students, serves as a Pace University dormitory and is located just blocks from most Financial District internships. The nonprofit company also manages St. George Towers in Brooklyn Heights, 1760 Third Avenue on the Upper East Side, 481 Eighth Avenue in Midtown and 200 East 6th Street in the East Village.

The Bronx also made our list with a $65 million deal involving iStar and Madison Marquette. The latter sold its 400,000-square-foot office property at 890-938 Garrison Avenue, known as the BankNote Building, making iStar its new owner. Madison Marquette had acquired the 1909-built asset in 2014 for $114 million.

Retail Demand is Low in NYC, But 2 Transactions Make the Cut

Demand for retail properties is at a low point in the metro, and only two retail transactions made our list of major Q3 sales, one in Manhattan and the other in Brooklyn. The largest deal of the two had Magnum Real Estate Group as the seller and AR Global as the buyer of the retail condo at 196 Orchard Street for $89 million, or $1,475 per square foot. The building is the most expensive property of its class to trade in the past two years, as per The Real Deal. The retail portion of the building spans more than 60,000 square feet across three floors and is fully leased to tenants CVS, Marshalls and Equinox.

Brooklyn also made the top with Thor Equities’ sale of the 210,000-square-foot retail site at 1752 Shore Parkway. The asset was acquired by Algin Management for $73 million. The last time the property sold was in late 2005, when Thor bought it for $10 million.

Hospitality Has a Spot at the Table, With 3 Major Q3 Sales

Three of the top 20 commercial real estate sales of the quarter were hotel deals, all in Manhattan. The largest of them was Aju Hotels & Resorts’ purchase of the 186-key Hyatt Place New York/Midtown South hotel at 52 West 36th Street for $86 million. The buyer received an $88 million loan from Shinhan Bank to acquire not just this asset, but also another Hyatt-branded property at 30 West 31st Street, both previously owned by Chesapeake Lodging Trust. The latter had a price tag of $51 million and combined, the two hospitality properties total 307 rooms.

The second-largest hospitality sale of the third quarter was Brookfield Property Group’s $83 million acquisition of the Kimpton Ink48 Hotel at 653 11Th Avenue in September. The company bought the boutique Hell’s Kitchen hotel from PGIM Real Estate, with the help of a $67.5 million loan from United Overseas Bank, according to the Commercial Observer.

Lastly, the third hotel sale on our list closed in August, when Masterworks Development bought the full-service hotel at 38 West 45th Street near Grand Central. The hotel sold for $64 million, and was previously owned by the Mcsam Hotel Group.