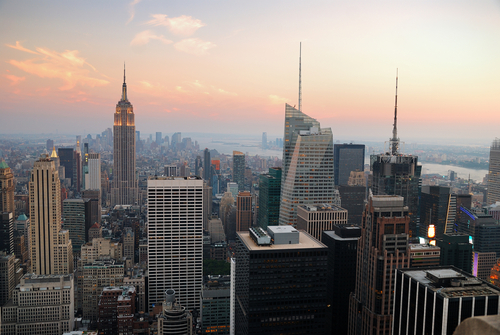 The news of the Chrysler Building selling for a mere $150 million this March made many people wonder if the New York City real estate market was in a slump. The iconic skyscraper was expected to fetch an even higher sale price than the last time it traded in 2008, when the Abu Dhabi Investment Council bought a 90% stake in the property for $800 million. If a legendary landmark like the Chrysler Building wasn’t able to pique investor interest, then surely the Manhattan sales market must be going through a rough patch, right? Not really.

We looked at all commercial real estate transactions to close in NYC during the first quarter of 2019, to get a better idea of what’s going on in the market, and extracted the 20 largest deals of Q1. As it turns out, the Chrysler sale was only the 13th largest sale of the quarter, and an isolated case, as some experts have suggested. Commercial real estate in the Big Apple had a solid quarter, and our list is quite balanced, featuring office, retail, residential, hotel and industrial sales, and a diversified list of buyers. Not surprisingly, 16 of the 20 sales closed in Manhattan, while Brooklyn has 3 entries on our list—one of them in the top 10—while the Bronx also makes an appearance.

Check out the top 20 largest commercial sales of Q1 in New York City below, and read on for some first-quarter highlights.

Coworking giant WeWork, alongside global private equity firm Rhone, closed the largest commercial sale of the quarter in February, when it forked over $850 million to buy the former Lord & Taylor’s Department Store at 424 5th Avenue. In the only retail sale on our list, the joint venture partners finalized the purchase of the property from Hudson’s Bay, a purchase that they’d announced the year before. According to the Commercial Observer, Hudson’s Bay was initially meant to maintain a small presence in the building, yet last June the company announced it was shutting down 10 of its 48 properties across the country, including the flagship store on 5th Avenue. WeWork—now rebranded as The We Company—will consequently occupy the entire 676,000-square-foot building, further consolidating its presence in New York City.

The largest office sale of the quarter was the $566 million sale of One Dag Hammarskjöld Plaza at 885 2nd Avenue. Named after Dag Hammarskjöld, former Secretary General of the United Nations, the 49-story tower is home to the UN permanent missions of Canada, France, the UK, Italy, Spain, Belgium, and others. Previously owned by The Ruben Companies, the office tower was snagged by The Rockpoint Group in the very first week of 2019.

Another highlight of the first quarter was the $214 million sale of the Sunset Industrial Park at 50 21st Street in Brooklyn, the biggest industrial deal of Q1. Bridge Development Partners joined forces with DH Property Holdings to buy the massive 18-acre site from 601W Companies in January. The joint venture has big plans for the site, namely to develop the largest multistory warehouse in the U.S., featuring 1.3 million square feet. The juggernaut construction will be unique in its design, which can be described as four separate distribution centers stacked on top of each other. So far, the developers have not announced whether they already have a tenant in mind or if this will be a spec project.

While most of the properties on our list are older buildings, Magna Hospitality managed to snatch a property that was finalized just a couple of months before. The Rhode Island-based company bought the hotel property at 338 W. 36th Street from McSam Hotel Group in March, for a price tag of $274 million, marking the third-largest hotel deal of the quarter. The site previously housed The Christ Church Memorial building, dating back to 1905, and the developer actually built the new façade to resemble that of the demolished Gothic church. The hotel will feature a 286-key Marriott Fairfield Inn & Suites and a 280-key Marriott SpringHill Suites.

However, the spotlight was on the $420 sale of the Parker New York Hotel to a partnership between GFI Capital Resources Group and Elliot Management Corp. The deal marked the biggest hotel sale of Q1, and included the air rights at 125, 127 and 129 W. 56th Street.

The largest residential deal of the quarter was the $260 million sale of Truffles Tribeca at 34 Desbrosses St. Related bought the 291-unit luxury apartment building from the Jack Parker Corporation with the help of LBBW and JPMorgan Asset Management, as reported by The Real Deal. One-bedroom units at Truffles Tribeca would ask $2.2 million on average, if Related was to move forward with plans to convert the rental building into luxury condominiums, according to TRD. Three-bedrooms could go for an average of $4.3 million.

There were four more residential sales to make our list of the top 20 commercial deals of Q1. In Brooklyn, UDR paid $130 million to acquire the 188-unit Leonard Pointe at 395 Leonard Street, while in the Bronx, the property at 2001-2045 Story Avenue sold for $88 million to FBE, headed by Abraham Fruchthandler. According to The Real Deal, the sale of 2045 Story Avenue was the largest single-asset sale in the Bronx in six years.

If your business or organization wants a convenient location in Midtown Manhattan, an iconic building with a high level of amenities, reach out to us and we will show you worthwhile space situated in the most central location of New York City.