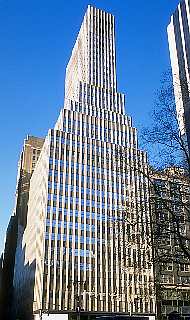 The office building dubbed 5 Bryant Park in Midtown Manhattan was completed in 1958, and renovated in 2015. Previously known as 1065 Avenue of the Americas, the building was designed by Sydney Goldstone with Kahn & Jacobs. 5 Bryant Park is located right on the southwest corner of Bryant Park, along Sixth Avenue, on the corner of 40th Street, and is home to various big-ticket office and retail tenants.

5 Bryant Park encompasses roughly 680,000 square feet of Class A Sixth Avenue/Rockefeller Center office space across 34 floors. The office and retail tower was acquired by Savanna from the Blackstone Group in 2018, for a price tag of $640 million. The new owner plans to bring upgrades to the lobby, entrance, signage, as well as bathrooms, corridors, terraces and windows. The building has already undergone $107 million in renovations since 2007, and has also earned LEED Platinum certification for its sustainable features.

5 Bryant Park offers tenants floor plates ranging from 7,000 to 30,000 square feet, so it’s an appealing option for both smaller companies and large corporations. At the time of its sale in 2018, the tower was 97% occupied, and office space rarely becomes available.

The tower also incorporates roughly 40,000 square feet of retail space on the first and second floors.

Getting to and from 5 Bryant Park

5 Bryant Park is conveniently located within the ‘transportation triangle’ of Midtown Manhattan, close to Grand Central Station, Penn Station, and the Port Authority Bus Terminal. The building’s location allows for unobstructed views of Bryant Park, and provides tenants with easy access to Times Square and the Theater District. Furthermore, the B, D, F, and M trains stop at the Bryant Park Station, and Times Square is only a block away with access to the N, Q, R, 1, 2, and 3 and 7 trains.

Who is renting office space at 5 Bryant Park?

How much is the rent price for office space at 5 Bryant Park? 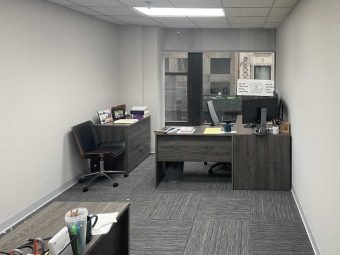 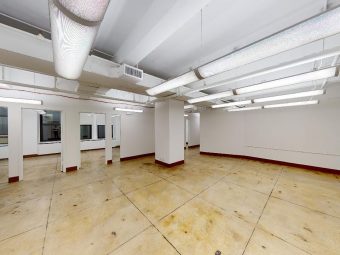