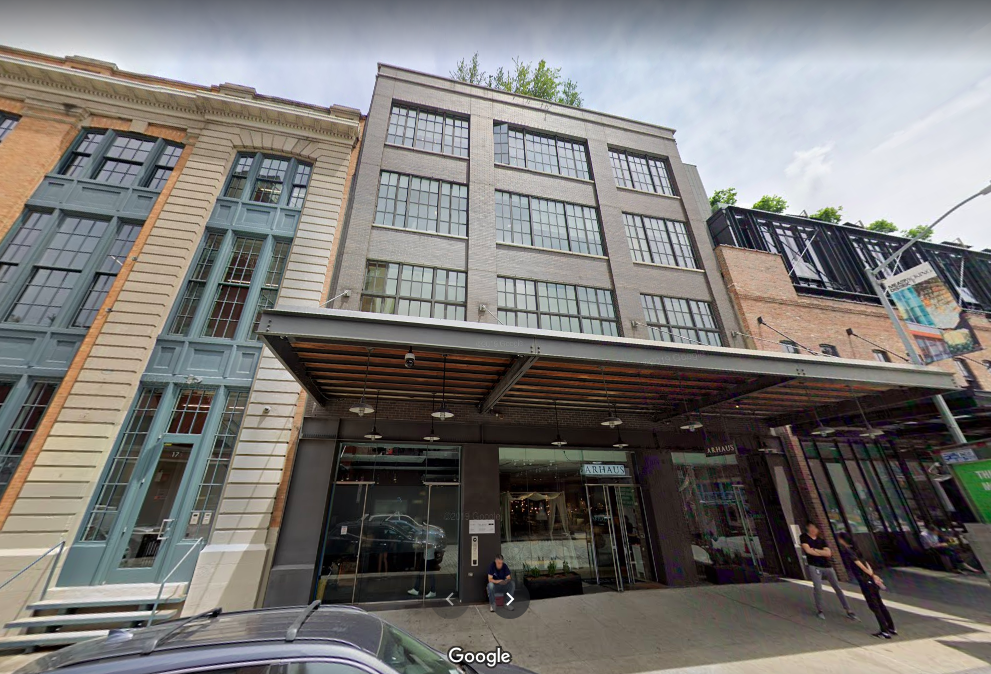 The low-rise office building located at 13-15 Little West 12th Street in Midtown South was completed in 2011. Then-owner Taconic Partners invested in the project and created a mixed-use development fit for creative office and retail tenants. Taconic sold the property in 2011 to Epic LLC for roughly $70 million. The state-of-the-art commercial building currently houses Palantir Technologies and Arhaus and has prime office and retail space available for rent via Newmark Retail.

The five-story building is currently owned by Epic LLC and managed by Crown Properties, with Newmark in charge of leasing.

The mixed-use property at 13-15 Little West 12th Street features two floors of retail space and three full-floor office spaces. The design of the building celebrates the industrial and manufacturing past of the Meatpacking District and features loft-like office spaces, high ceilings, and industrial-style, oversized windows. Those working in the building enjoy views of the Hudson River, the High Line, Downtown, and Midtown Manhattan.

13-15 Little West 12th Street is situated mid-block between Ninth Avenue and Washington Street and nestled between West 13th and Little West 12th Streets. It benefits from an excellent location in the heart of the Meatpacking District, in an area that also houses Hermes, Tesla, The Standard New York, and Pastis. The High Line is just a short walk away, while public transport options are easily accessible via the nearby 14th Street-8th Avenue subway station.

Who is renting office space at 13-15 Little West 12th Street?

How much is the rent price for office space at 13-15 Little West 12th Street?

Office asking rents in Midtown South vary depending on the type of space and the size and term of the lease. Class A office space for rent in the Meatpacking District tends to command $100 per square foot, or even more, while Class B space tends to be more affordable. However, landlords might be open to concessions, so negotiating is critical.