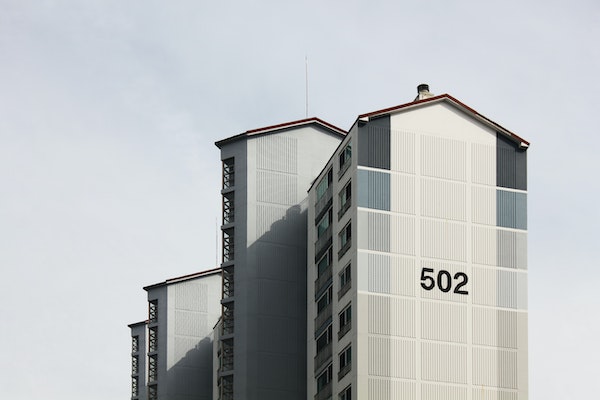 Commercial real estate is probably not an industry where you’d expect to encounter superstition. However, you’d be surprised to know that it plays a big part and has done so for years and years. In some cases, ignoring numbers and their meaning can even make or break a real estate deal, and no professional in the business wants that to happen.

In the real estate business, you make your own luck

Closing a real estate deal or launching a new development project involves more than endless paperwork, planning, and negotiation. Real estate developers, architects, and brokers must factor in numerous variables, including local history and traditions, culture, and even superstitions. Numerology, believe it or not, is a big part of real estate, and professionals in this industry know better than to ignore it, as it might cost them.

When negotiating a real estate deal, brokers and agents have to consider all possible aspects of the contract and consider any potential factors that could affect the result of the agreement. This involves factoring in a client’s cultural inclinations. For instance, feng shui and numerology are essential in Asian cultures, so brokers and agents must be aware of these aspects.

In Chinese culture, eight is the luckiest of numbers, and many Asian clients will favor a deal that includes this number. Whether it’s the number of floors, the square footage, the building’s height, or the sale or lease price, these numbers matter. For instance, in 2016, a Chinese developer paid $88,888,888 for an office in Sydney’s Central Business District. One of the appealing things about the property was, of course, the presence of the number 8, which in Chinese culture is associated with prosperity and fortune. In the U.S., many real estate listings in Asian neighborhoods include this number in the property address, and brokers and developers must make an effort to have this number when dealing with an Asian client.

The number 7 is another one that’s considered lucky in some cultures worldwide but can be unlucky in others, so it’s not as sure of a bet as number 8. In Jewish cultures, the number 18 is considered lucky, while in Italy, 13 is a lucky number, and 17 is unlucky. Asian cultures also favor the number 12, representing a perfect balance between ying (2) and yang (1). Fun fact: December 12, 2012, was one of the busiest days for weddings ever, precisely because the unique combination of numbers suggested luck, prosperity, and balance.

One of the safest numbers in most cultures worldwide is 9, so if number 8 or 12 are unavailable, it’s always a safe bet to go with 9. Many professionals in the commerce and real estate industries use the number 9 in sale prices, as it can give the impression that a property or product is more affordable than it is. People will be more drawn towards a number like $199,999 than by $200,000, as an example.

The unluckiest of numbers is considered 13, and people in the real estate industry take this number very seriously. In fact, according to a study done by City Realty, more than 90% of New York City buildings are missing the 13th floor.

The fear of the number 13 is genuine, and it even has a name: triskaidekaphobia. According to Trulia, realtors in the U.S. treat this phobia very seriously, as the number 13 appears in asking prices 13% less often than the number 14 and 17% less often than 14. What’s more, it’s considered bad luck to close a deal on the 13th day of the month, particularly if it’s a Friday.

How do commercial real estate developers sidestep this issue? Experts say that many old and new buildings miss the 13th floor, skipping right to 14. Examples include the Baccarat Hotel & Residences in Midtown Manhattan, New York by Gehry at 8 Spruce Street, and the residential towers at Hudson Yards. According to the Wall Street Journal, less than 5% of high-rise condo towers in NYC have a 13th floor. Another way that building owners avoid dealing with the 13th floor is to use this floor for purposes such as mechanical infrastructure, supplies, or laundry rooms.

Skipping the 13th floor can cause problems and confusion. In Canada, particularly in Asian-centric markets like Vancouver or Toronto, many buildings don’t display the number 4 at all, as it’s considered bad luck in Asian cultures. Consequently, many buildings in these cities don’t display floor numbers like 4, 14, 24, 34, etc. This, however, can cause issues in case of emergencies. First responders and rescue teams might have problems locating the correct floor, thus delaying their mission, which could have serious consequences. For these reasons, Vancouver passed a law in 2015 that requires all new buildings to count and display all floors, regardless of the significance of numbers.

666, the trifecta of bad luck in real estate

The devilish number 666 is also often avoided in real estate, although some building owners sometimes use it as an effective marketing ploy. Brookfield Properties purchased the 41-story tower at 666 Fifth Avenue in Manhattan from Jared Kushner in 2018. The new owner decided to rebrand the property as 660 Fifth Avenue in an effort to eliminate any negative connotations regarding the building’s address.

According to Trulia, the number 666 shows up in fewer than 1 out of every 10,000 asking prices, so it’s safe to say it’s quite the unlucky number. Interestingly enough, Trulia also found that homes for sale in the Bible Belt are 39% more likely to include 666 than homes in the rest of the country. This phenomenon is expected because states in the Bible Belt place more importance on numbers and religious traditions than other states in the U.S.

Numbers play a big part in the real estate world, but they’re not the only aspects that professionals need to pay attention to. For instance, Asian tenants or buyers place a lot of importance on feng shui, even when it comes to office spaces. The building’s orientation, the placement of windows and furniture, the way the area is divided – all of these things could be more important to a client than one might think. That’s why brokers and agents must consider cultural differences and traditions when dealing with clients. Consequently, agents should always ask a client whether feng shui or numerology is important to them from the get-go, as this will narrow down the search for a space.