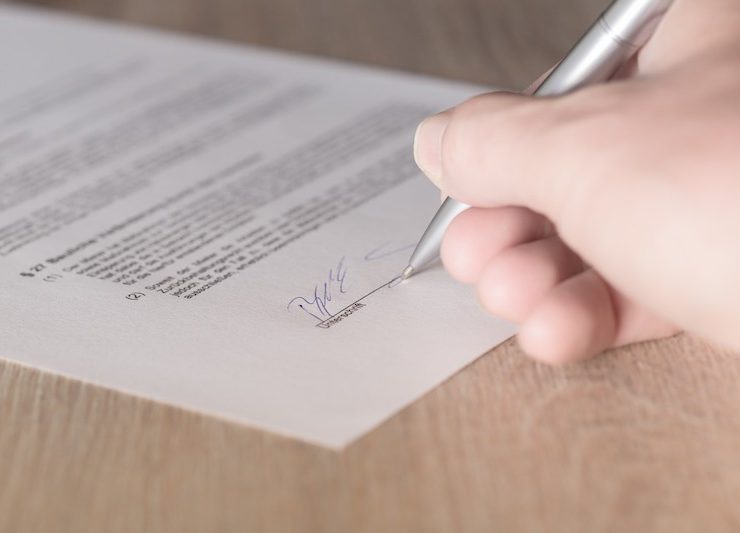 Leases represent a sizeable investment on the tenant’s part, both financially and as a long-term commitment. Commercial leases vary depending on the used calculation method, which most commonly translates into the additional costs a tenant is responsible for in addition to the rent, as well as on the property type. Leases can sometimes overlap, which is why it’s important to remember how rent and other fees are calculated, but also that every lease is negotiable. We’re going to go through the different types of commercial lease agreements below.

With this type of lease, the tenant pays one or more additional expenses, which generally consist of property taxes, property insurance premiums and maintenance costs. Rents with net leases are generally lower than traditional leases, as the more expenses a tenant has to bear, the lower base rent a landlord charges. Net leases comprise three basic types: single, double and triple net leases.

This is often referred to as a Net or N lease, and is the least common in the rental world. In this type of lease, the landlord transfers only the property taxes to the tenant while he still covers costs associated with insurance, maintenance and utilities. Thus, tenants under a single net lease end up paying a lower amount than for a standard lease because of the added cost of property taxes.

This one is also called the net-net or NN lease and is especially popular in the commercial real estate industry. In this type of lease, the tenant pays property taxes and insurance premiums in addition to rent, which are assigned proportionally based on the square footage leased. These additional payments, even though included in the tenant’s lease, are typically paid for by the landlord as it is their name on the tax and insurance bill, meaning they are ultimately responsible. By requesting the tenant pay these expenses directly to the landlord, the latter can avoid the problems associated with late or missed payments by tenants, which could result in extra fees.

Consequently, the base rent payable for the office space itself is generally lower because of the additional expenses the tenant must take upon. All maintenance costs remain the responsibility of the landlord, who typically pays them directly.

Triple net leases are also known as net-net-net or NNN leases – which means that all three additional expenses are paid for by the tenant. In other words, in addition to rent, the tenant covers the property taxes, insurance costs and maintenance expenses. In this case also, considering the additional expenses, the landlord generally charges a lower base rent.

The NNN lease is also called a bondable lease, which means a tenant cannot back out because the costs, especially the maintenance ones, may be higher. Specifically, when maintenance costs are higher than anticipated, tenants attempt to terminate their lease or obtain rent concessions, thus the landlord prefers a bondable net lease. More so, the rent amount cannot be modified, not even if unexpected and significant increases in ancillary costs arise. Even more so, most triple net leases are long-term leases – lasting for more than 10 years – and generally include concessions for rent increases. NNN leases may increase the tenant’s operational expenses and they may be liable for deductibles on insurance policies and also be responsible for any damages to the property that are not covered by the insurance company.

This type of agreement includes all of the NNN’s lease features, but also the costs of structural maintenance and repairs.

This one is probably the most common type of commercial lease entered into by a tenant as it includes all other expenses – taxes, insurance costs and property maintenance fees – leaving the tenant with just the cost of the base rent. Tenants favor this kind of lease as it keeps it easy for them, not having to worry about unexpected building costs such as snow removal in the winter or lawn care during summer. Furthermore, the tenants aren’t worried about utilities costs affected by a particular climate event, such as hot summer days or cold winter days that require increased electricity consumption, and it’s easy to assess the typical utility costs over the course of the lease.

However, landlords can include some variable cost provision language in a lease to account for unexpected increases in taxes or insurance, and this is called “escalation clause”. Know that the terms of this clause can also be negotiated, too. Typically, landlords protect themselves from costs they cannot directly control through yearly rent increases, which are calculated based on their operating expenses.

This type of lease is the result of the pairing between the gross lease and the net lease, one that aims to find a middle ground between the two. The tenant pays a base rent and a pro rata share of operating expenses based on square footage. During negotiations, the two parties can agree upon which of the “nets” are included in the monthly rate – property taxes, insurance and common area maintenance services. Utilities and janitorial services are typically excluded from the rent and covered by the tenant.