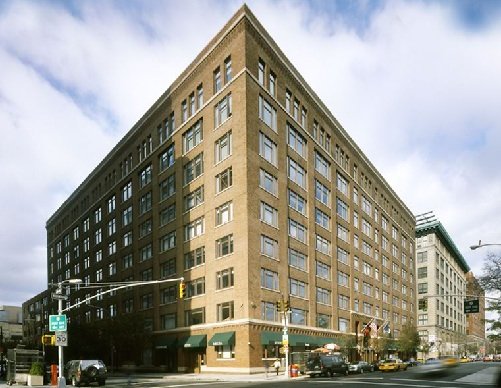 The historic building at 395 Hudson Street in New York City’s Midtown South submarket was completed in 1921. The building, situated just west of SoHo along the Hudson River, was formerly known as the Carpenters’ Union Building, but nowadays it’s also home to several office tenants in industries like media and tech. The property is owned by the New York City District Council of Carpenters (NYCDCC), and offers modern amenities suitable to smaller office tenants, in a trendy area of Midtown Manhattan.

The building located at 395 Hudson Street offers 697,000 square feet of Class B Greenwich Village office space, across 10 stories. The former industrial building is owned by NYCDCC Benefit Funds, and managed by Cushman & Wakefield. It was originally completed in 1921 and was renovated in 1989. Amenities at the former Carpenters’ Union Building include 24-hour security, card key and 24/7 tenant access.

Getting to and from 395 Hudson Street

The building at 395 Hudson Street is convenient to the 1 and E trains lines, as well as PATH service to New Jersey. Those working in the building benefit from easy access to a plethora of shopping and dining destinations in Hudson Square, and neighboring areas like Soho or Lower Manhattan are easily accessible.

Who is renting office space at 395 Hudson Street?

The office building at 395 Hudson Street used to be fully occupied by the Carpenters’ Union, but nowadays it’s also home to other tenants in different industries. Notable tenants on the building’s roster include Carpenters Local Union, WebMD, Emmis Communications and Kaplan.

How much is the rent price for office space at 395 Hudson Street?

Office asking rents at 395 Hudson Street tend to be more affordable than the average commanded overall in Midtown South, which hovers above $84 per square foot. As a Class B office asset, the Carpenters’ Union Building offers more affordable rents than Class A spaces, while still offering modern amenities and a top-notch Midtown Manhattan location. 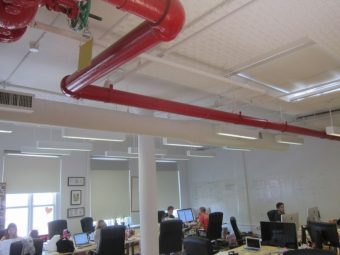 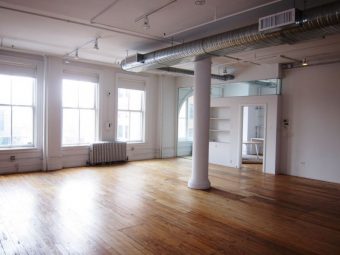