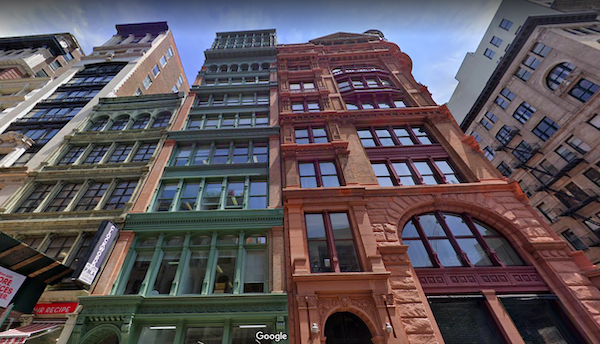 The Banner Building at 648 Broadway in Midtown South was built back in 1892, boasting a design by Cleverdon & Putzel. Two floors were added during an 1898 renovation spearheaded by architect Robert T. Lyons. Located between Bleecker and Bond Streets in Greenwich Village, the building includes first-floor retail space, as well as two floors of residential space. It was renovated in 2010 and currently houses various creative office tenants and retailers.

The Midtown South building at 648 Broadway offers roughly 50,000 square feet of Class B Greenwich Village office space across 10 stories. It is owned and managed by Franmar Infants Wear and managed by Lee & Associates. The top two floors of the building are dedicated to residential space, and there are also 8,000 square feet of retail space, of which half are located underground. Amenities for office tenants include new HVAC systems, exposed brick, and original tin ceilings, and access to a brand new, 40,000-square-foot Equinox gym located just half a block away.

Getting to and from 648 Broadway

648 Broadway is conveniently located in the heart of Greenwich Village, just a few steps away from NYU and Washington Square Park. Those working in the building are one block from the Broadway-Lafayette Street and Bleecker Street stations, which service the B, D, F, M, and 6 trains. What’s more, tenants have easy access to the Broadway shopping corridor and the Bleecker Street nightlife.

Who is renting office space at 648 Broadway?

How much is the rent price for office space at 648 Broadway?

Office asking rents at 648 Broadway start somewhere around $60 per square foot, which is significantly more affordable than Class A office space in Midtown South. The building is an excellent option for startups and entrepreneurs, offering modern amenities, upgraded features, and competitive rental rates.