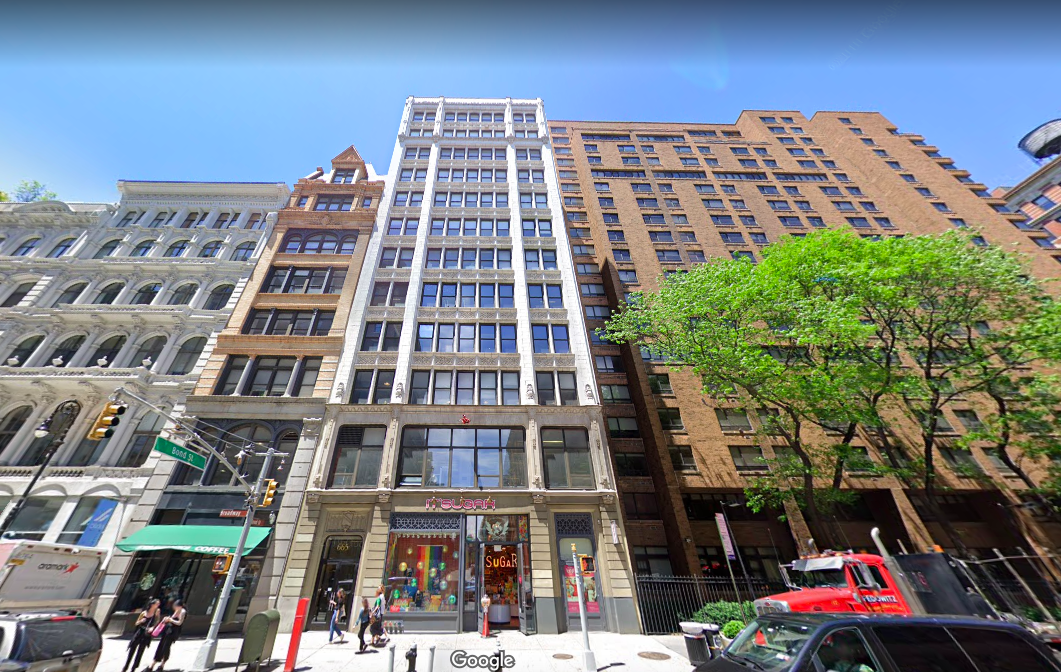 The classic office building rising at 665 Broadway in Midtown South’s Greenwich Village was originally completed in 1901. The property boasts a design by Victor Hugo Koehler, an American architecture company responsible for designing 148 West 24th Street in Chelsea, the Lafayette Theater in Harlem, and the Lyric Theater on West 42nd Street, among others. 665 Broadway was renovated in the late 1990s and is home to various high-profile office tenants, including Citi and Gabellini Sheppard. Its excellent location on Broadway, in the heart of Midtown, and close to a plethora of shopping, dining, and transportation options, make it a desirable destination for creative office tenants in Manhattan.

The property at 665 Broadway offers 179,100 square feet of Class B Greenwich Village office space and ground-floor retail space. The 12-story building was originally completed in 1901 and renovated in 1996. It is currently owned and managed by Merit Operating. 665 Broadway offers various sought-after amenities, including 24/7 access, 8,241 square feet of contiguous office space, high ceilings, exposure on popular Broadway, and easy access to public transportation options nearby. The property also incorporates a Starbucks restaurant and IT Sugar on the ground floor.

Getting to and from 665 Broadway

665 Broadway is conveniently located in the heart of Midtown South, in the popular Greenwich Village submarket. The area is a desirable destination for creative office tenants due to its proximity to leisure, entertainment, shopping, and dining offerings. Those working in the building have easy access to public transportation via the nearby Broadway-Lafayette subway station and the Bleecker Street station.

Who is renting office space at 665 Broadway?

How much is the rent price for office space at 665 Broadway?

Office asking rents at 665 Broadway start at $55 per square foot. Rents at this Greenwich Village Class B property are significantly lower than those found in Midtown Manhattan. By comparison, Class A office space in Midtown Manhattan commands more than $90 per square foot. Rents at 665 Broadway are also lower than those in Lower Manhattan, making the building ideal for startups or smaller creative tenants looking for quality office space in a transit-oriented location.