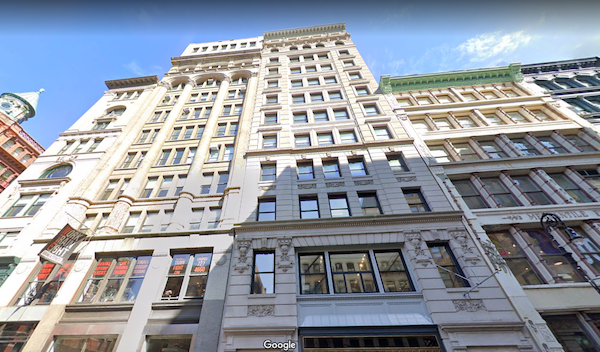 The office building located at 636 Broadway on the west block between Houston and Bleecker Streets was completed in 1987. The Midtown South building was designed by George B. Post and has an alternate address of 168-170 Crosby Street. It was originally built as an industrial property but was converted to office space and ground-floor retail in the 1980s. Today, 636 Broadway is home to various small and midsize office tenants in creative industries, from media and advertising to coworking, healthcare, and real estate.

The 12-story building at 636 Broadway offers roughly 131,000 square feet of Class B Greenwich Village office space, as well as ground-floor retail space. It was originally built in 1900 as an industrial property, and the top two floors were added in 1907. In 1987, 636 Broadway was converted to office space. The property is currently owned and managed by Victor Trager/636 Broadway Associates, and boasts dual entrances on Broadway and Crosby Street. Amenities include high ceilings, minimal columns, flexible floor plates, air conditioning, and 50 feet of frontage along Broadway.

Getting to and from 636 Broadway

636 Broadway is conveniently located in the heart of Greenwich Village, offering easy access to a plethora of shopping, dining, and leisure destinations in Midtown South. Public transportation is also easily accessible via the nearby Bleecker Street Station serving the 6 line, and the Broadway-Lafayette Street Station, which serves the B, D, F, and M trains.

Who is renting office space at 636 Broadway?

Benefitting from an excellent location in Midtown South, 636 Broadway is an ideal option for creative office tenants looking for open and flexible space at a decent rate. Among those occupying office space in the building are Serenity Natural Health, Elite Plus Realty, Noho Productions, Breather, and Haskell Robert. Retail tenants include Duane Reade Pharmacy.

How much is the rent price for office space at 636 Broadway?

Office rental rates at 636 Broadway are significantly cheaper than the average commanded in Midtown South, which often surpasses $80-$90 per square foot. Asking rents for office space at 636 Broadway start somewhere around $65 per square foot, making the building an ideal option for startups or smaller businesses in creative fields.