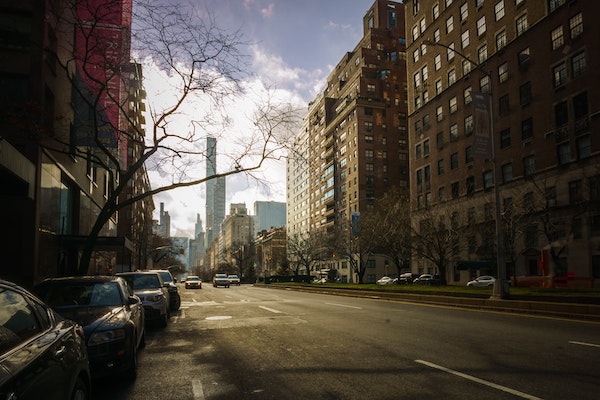 One of Midtown Manhattan’s most iconic landmarks, Lever House, is getting a $100 million upgrade. Owners WatermanClark and Brookfield Properties are determined to bring the postwar Manhattan office building to modern standards to attract high-profile tenants. It’s one of many redevelopment and renovation efforts currently taking place in the Plaza District, particularly along Park Avenue, which used to be the premier destination for businesses in NYC.

Tenants are willing to pay a premium to access these amenities, especially in a post-pandemic world where businesses need to do everything they can to get employees to come into the office. Offering existing employees and future hires such incentives can make a big difference and can help recruiters attract – and retain – top talent.

The older, outdated office buildings located in the Plaza District and along Park Avenue can simply not compete with 50 Hudson Yards, One Vanderbilt, or the Freedom Tower in terms of amenities. These buildings, most of them now architectural landmarks, belong to a different era, and more often than not, they’re unable to provide any of the amenities we’ve listed above. Because of this, many of these older buildings are partially vacant, and landlords are having difficulties leasing space in such properties. Vacancy rates are climbing, and offices can remain empty for months or even years. However, building owners are beginning to realize that, to attract tenants and lease vacant space, they need to invest in upgrades to make these buildings desirable options for businesses.

Lever House is one of the most recognizable buildings lining Park Avenue in Midtown Manhattan. Built in 1952 with a design by Skidmore, Owings & Merrill, it was the city’s first-ever glass building. It was designated a New York City Landmark in 1982 and recognized as one of the most compelling examples of International Style architecture. Lever House was also added to the National Register of Historic Places in 1983.

The Class A office building at 390 Park Avenue boasts an unusual design. Developers had to conform to a 1916 zoning resolution that allowed skyscrapers not to include setbacks, as long as they only occupied up to 25% of their lot. The result is similar to the iconic Seagram Building by Ludwig Mies van der Rohe, located right across the street. The ground floor of Lever House was designed as a public, open plaza, a rather unique choice, as most new construction in the area dedicated the ground floor to retail or restaurant space. However, as other office buildings began including ground-floor retail spaces and on-site restaurants to entice tenants, the public plaza at Lever House became empty and unappealing to pedestrians and visitors. The current owners of the building are determined to turn this around.

$100 million worth of renovations

WatermanClark and Brookfield Properties are teaming up with the tower’s original architect, Skidmore, Owings & Merrill, to revamp the building inside and out. According to the Wall Street Journal, the only thing that will remain intact is the building’s historic glass facade, which was redone 20 years ago. Everything else will be improved and upgraded to meet the needs of the modern office tenant.

Another essential upgrade is ongoing outside the building, as SOM plans to reimagine the entire public plaza at sidewalk level. All non-original elements of the cracked pedestrian plaza will be removed, the ground-floor lighting will be redone, and new aluminum paneling will be added, among other changes, as reported by Curbed.

The building’s courtyard will be relandscaped entirely and turned into a state-of-the-art amenity space that most Midtown buildings lack. As Curbed puts it, ‘because of our increased anxiety about indoor air and a growing consensus that work doesn’t have to be done at a desk, these features are not highly desirable – and not that many office buildings have outdoor areas at this scale.’

Lever House owners are moving forward with the renovation work quickly, with new tenants expected to move in by mid-2022 and for all upgrades to be complete by early 2023. Currently, the building has multiple full floors available for lease. Once it reopens, the tower will be available to either a single-tenant interested in leasing the entire building or smaller, boutique tenants like family offices, tech startups, and private equity firms. Given that the tower’s floor plates are relatively small, it’s highly likely that Lever House will primarily appeal to smaller tenants looking for boutique Class A office space in the heart of Midtown.

Upgrades and renovation happening all around Park Avenue

Lever House is not the only landmark office building in Midtown that’s going through changes. According to the WSJ, ‘owners of Park Avenue’s office towers are injecting tens of millions of dollars into their stately postwar properties, aiming to stem the tide of tenants bolting for modern offices on Manhattan’s west side.’

The owners of the legendary Seagram Building are also trying to appeal to younger, modern tenants by adding the Seagram Playground. It will be a 35,000-square-foot area enclosed beneath the building’s plaza, a space that previously served as a parking garage. The playground will feature a climbing wall, yoga and spin studios, an indoor track, a weight room, basketball courts, a climbing wall, and even a boxing ring. Another highlight will be retractable, stadium-style benches that can host meetings for 200 staff members.

One of the factors that led owner Aby Rosen to come up with this idea was the departure of long-time tenant Wells Fargo & Co., which vacated nine floors at the Seagram Building to move to Hudson Yards.

Fisher Brothers recently completed a $20 million upgrade effort to revamp the lobby at 299 Park Avenue, and this effort helped bring the building to 94% occupancy. JPMorgan Chase & Co. completely demolished its headquarters at 270 Park Avenue and is replacing it with a much taller, more modern skyscraper. As per the WSJ, even the city is eager to invest in upgrades along Park Avenue. It is looking for a landscape architect to redesign all the green space separating the north and southbound lanes on Park Avenue into a pedestrian-friendly public area.

Bringing businesses back to the Plaza District

The hope is that, by making the Plaza District more desirable to modern office tenants, the submarket will be able to attract and retain high-profile businesses who’ve departed for the shinier towers of Hudson Yards and Manhattan West. The Plaza District used to be the priciest office market in the city, and office rents here were double those commanded by Manhattan office buildings on the west side as recently as 2010. Fast forward to 2022, and the far-west area has average rents of $134 per square foot – 43% higher than the Plaza District, according to Colliers data cited by the WSJ.

Investing in upgrades seems to be a promising strategy. Office rents in the area surrounding One Vanderbilt, one of Midtown’s most modern new office developments, reached $261 per square foot last year – on par with rents found in Hong Kong’s central business district. Hopefully, the newly upgraded towers along Park Avenue will have the same fate.