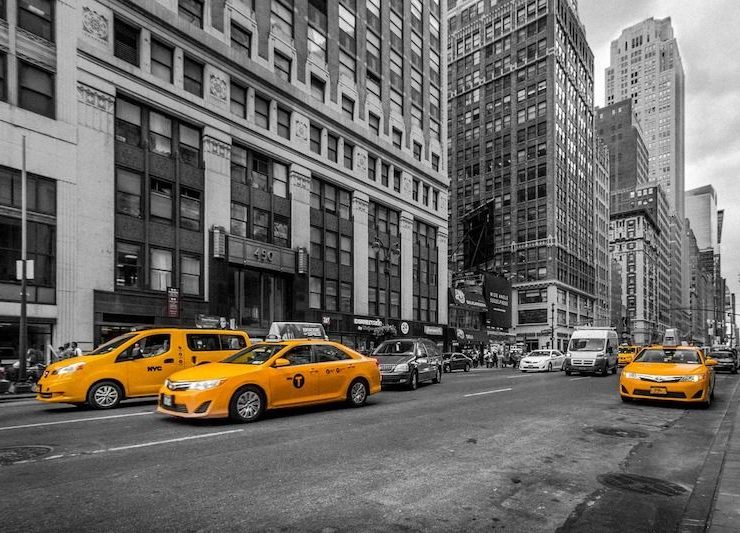 New York City is one of the busiest urban centers in the world. All the major global corporations and institutions have an outpost here, and professionals from around the world dream of making it big in the Big Apple. However, if you are planning on moving your business to the city, you need to be prepared. The city that never sleeps can get loud, very loud. Think of the millions of people coming and going to work every day, the constant construction and development, or the endless influx of tourists. All these phenomena combined create a boisterous environment to live – and work – in.

Whether you’re a solopreneur, managing a small startup, or running a large corporate team, you’ll recognize the importance of a productive working environment. Your search for new office space in NYC will likely hinge on critical factors, one of which will undoubtedly involve location. The neighborhood you choose to run your operations can make or break your success. An excellent site will help you attract and retain talent, so you’ll want to take your time to find the right place for your particular needs.

Ideally, you’ll want to find an office that’s in a good building, close to public transportation, shopping, and dining. You’ll also want to pick a neighborhood with a low crime rate, good air quality, easy access to other parts of the city, and so on. Last but certainly not least, you’ll want your new office to be quiet, so that your team can work undisturbed. So, if peace and quiet are on your office search checklist, it’d be good to know which parts of the city are the loudest, and which are the quietest.

Greenpoint and Williamsburg Are the Noisiest Commercial Neighborhoods in NYC

The noisiest area of New York City to work in is not in Manhattan, as you might expect, but in Brooklyn. The community district containing Greenpoint and Williamsburg recorded the highest number of commercial 311 noise complaints from January 2019 through February 2020. A total of 3,506 complaints were filed with the city’s 311 service, making this part of Brooklyn one of only two community districts on our map to record more than 3,000 complaints.

The noisiest area of New York City to work in is not in Manhattan, as you might expect, but in Brooklyn. The community district containing Greenpoint and Williamsburg recorded the highest number of commercial 311 noise complaints from January 2019 through February 2020. A total of 3,506 complaints were filed with the city’s 311 service, making this part of Brooklyn one of only two community districts on our map to record more than 3,000 complaints.

Lower East Side and Chinatown Are the Loudest Parts of Manhattan, Based on Over 3K Complaints

If your goal is to set up shop and run your office in Manhattan, one of the most sought-after business districts in the world, then you might want to steer clear of Chinatown and the Lower East Side. Based on our research, the community district which contains these two neighborhoods is the second-loudest in the city, with 3,230 commercial noise complaints filed since January 2019.

Most of the commercial noise complaints filed in the Lower East Side/Chinatown community district are related to loud music and partying. Banging and pounding is another big issue here, with 327 311 complaints filed, as are loud talking noises, which amassed 226 complaints.

Astoria and LIC Are the Noisiest Neighborhoods in Queens

The third-noisiest area on our map is the community district of Astoria, in Queens, where New Yorkers filed a total of 2,612 commercial noise complaints from January 2019 through February 2020.

It might seem like a large number of complaints, but this Queens community district is more massive and comprises more neighborhoods than the first two districts on our map – Greenpoint/Williamsburg and Lower East Side/Chinatown. Long Island City and Astoria are particularly busy neighborhoods, with a lot of commercial construction going on and more and more young professionals moving in. Likely, the number of noise complaints will gradually rise in these parts of the city, as new office space comes online and more businesses start to move in.

Surprisingly, FiDi is the Quietest Working Neighborhood in Manhattan

You’d think that prestigious business districts in Manhattan would be at the top of the list when it comes to noise complaints, but our map tells a different story. Manhattan’s Community District 1, which contains the Financial District, Battery Park City, and Tribeca, actually boasts the lowest number of commercial noise complaints filed with the 311 service in the borough.

What’s more, the FiDi community district seems to be a lot less loud than Midtown, the Upper West Side, the Upper East Side, Chelsea/Clinton, Greenwich Village or Soho. A total of 559 commercial noise complaints were filed with 311 since January 2019 in this district, which places this part of NYC at #26 on our map. Out of this total, 347 complaints are related to loud music and partying noise, followed by 147 complaints about banging and pounding.

FiDi is one of only two ‘green’ Manhattan community districts on our map. The other one is the district containing East Harlem and Randalls Island, where just 641 commercial noise complaints were registered with the 311 service in the past year or so.

You can browse the full list of the 59 community districts, ranked by the total number of 311 complaints, below.

We reviewed all Commercial Noise 311 Service Requests recorded from January 2019 through February 2020 and ranked the 59 NYC community districts according to the total number of complaints.