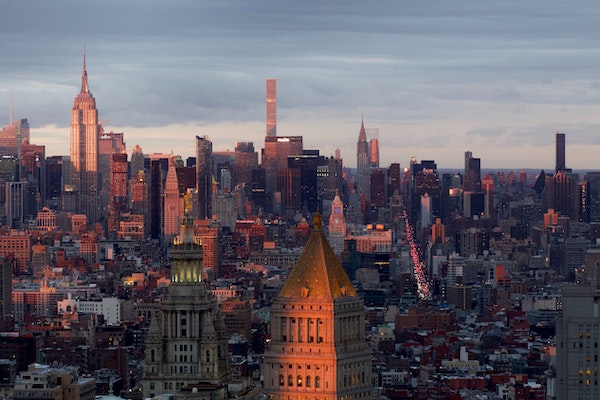 The New York City retail market took a hard hit as the pandemic spread across the city. The almost three-month economic lockdown took many out of business, including big names like Barneys New York and Brooks Brothers, which filed for bankruptcy recently.

Even as the city moves forward with the fourth phase of reopening, for many businesses in the retail sector, there will be no reopening. Changing consumer behaviors post-pandemic are leading many brands to focus on e-commerce, as shoppers are reluctant to visit stores in-person, and they will be for quite a while. It’s likely that landlords will have to find new purposes for the vacant retail space left behind by brands choosing to downsize. Experts are predicting that vacant retail spaces will be filled by creative office tenants looking to expand their footprint to accommodate the new social distancing rules.

To see how the months of lockdown affected New York City retail space, we’re looking at all retail sales closed from March through June 2020, comparing the numbers to the same time last year. We’re going to see how the number of deals, sale prices, and retail sales trends evolved during the three months of lockdown in NYC, with the help of data from the Department of Finance. Read on for insights.

The combined retail sales volume for the five boroughs during the three months of lockdown totaled close to $193 million across 55 separate deals. The numbers mark a 78% decrease compared to the same three months last year when 107 deals worth $856 million closed in NYC. Just 277,886 square feet of NYC retail space changed hands between March and June 2020, down from 647,203 square feet traded during the same time last year. The price per square foot also dropped 48%, from $1,323 in March-June 2019 to $693 in 2020.

Retail sales activity also saw significant slowing down in Brooklyn, where the three-month sales volume dropped 74% year-over-year. The borough saw 20 retail deals close during the lockdown, for a combined sales volume of just under $50 million. By comparison, the borough recorded 45 retail sales and a dollar volume of $189 million during the same time in 2019. The price per square foot for retail assets in the borough dropped 43%, from $950 per square foot in 2019 to $544 in 2020.

Interestingly enough, while the number of retail deals to close in Queens dropped from 29 to 19, the overall sales volume increased 49% during the lockdown. The borough recorded $83 million worth of retail sales during the three months of lockdown, up from $55 million recorded during the same time in 2019.

The Bronx and Staten Island saw retail transaction activity slow down, as well. Retail sales volume on Staten Island dropped 89% year-over-year, from $5.85 million in 2019 to just $625,000 in 2020. In The Bronx, more retail deals closed this year than they did during the same three months in 2019, however, the combined dollar volume dropped 8% to just $17.2 million during the lockdown.

Queens Was the Busiest Borough for Retail Sales During NYC Lockdown

As we’ve already mentioned, Queens is the only borough to record an increase in the total retail sales volume during the three months of lockdown in NYC. Though the number of retail deals closed was lower than in 2019, the dollar volume went up 49% year-over-year, recording close to $83 million from March through May 2020.

Zooming in to neighborhood level, we see that Queens was home to some of the biggest retail transactions during the lockdown. Four of the 10 busiest neighborhoods when it comes to retail sales are located in the borough, namely Jackson Heights, Middle Village, Flushing-North, and Richmond Hill. The commercial neighborhood of Richmond Hill saw three retail deals close during the lockdown, while Jackson Heights was home to the largest retail sale of the three months we analyzed.

In Manhattan, retail sales activity slowed down significantly compared to the previous year. From March through May 2019, neighborhoods like Midtown, Chelsea, and the Upper West Side saw some notable retail transactions close, some of them crossing the $100 million mark. This year, the biggest retail deal to close in the borough was a $15.3 million sale on the Lower East Side, followed by a $10.4 million deal in Soho. These are the only two retail deals to fetch more than $10 million in Manhattan during the three months of lockdown.

We’re used to seeing trophy commercial sales close in New York City on a regular basis. Office towers in Manhattan often command hundreds of millions – or even billions, while prime retail space on Madison or Fifth Avenues is among the priciest in the world.

Office sales activity was affected significantly by the pandemic and ensuing economic lockdown, but the retail sector took the biggest hit. There were no major retail transactions to close during the three months of lockdown in NYC, as looming uncertainty over the future of brick-and-mortar retail caused many investors to hold off making decisions.

The biggest retail deal to close between March and May 2020 was the $24 million sale of 72-11 Roosevelt Avenue in Queens. Delco Properties acquired the Jackson Heights property, which houses the Bellozino event venue, from Werber Management in late May. According to Compass, the property is conveniently located at the heart of the Jackson Heights commercial district, with easy access to the 7, E, F, M, and R trains. The lot offers 120,513 buildable feet of commercial space.

The second-largest retail deal during lockdown was the $19.6 million sale of 83-14 Cooper Avenue, also in Queens. The low-rise building was acquired by Broadway Stages from Atco Properties in mid-May.

The third-largest retail sale of the three months we looked at was also the priciest retail transaction to close in Manhattan during that time. Yucaipa Companies paid $15.3 million to purchase the asset from Princeton Holdings in March. The property used to house the Libation club, but now the building will be demolished and redeveloped to house Soho House’s new Ludlow Garden concept. Soho House reportedly signed a 22-year lease on the property, which expires in 2041, and it will front the $150,000 demolition bill and the cost of redevelopment.

We looked at all retail sales to close in New York City during the months of March, April, and May 2020, and we compared them to sales closed during the same months in 2019. We extracted the sales from the Department of Finance Rolling Sales database, filtering by building classes based on the official building classification of the City of New York.