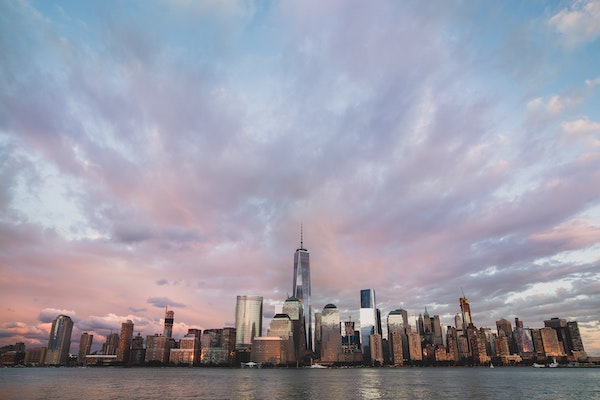 Office towers in the New York City commercial real estate market sell at exorbitant price tags, and investors from around the world are willing to shell out hundreds of millions – and sometimes even billions – to own trophy office space in the city.

The commercial sector was thriving at the start of 2020. However, the new coronavirus and the ensuing state of emergency and economic lockdown slowed down activity in this segment across the five boroughs.

Retail took the biggest hit during the lockdown, and the effects continue to be felt in this sector. The pandemic caused iconic names to file for bankruptcy, including JCrew, Barneys New York, JCPenney, and more recently, Brooks Brothers.

We wanted to see how the office sales market fared during the economic lockdown in NYC. We looked at three months’ worth of sales data published by the Department of Finance, to see how the lockdown affected office sales activity in the city. We compared the numbers recorded during March, April, and May 2020 to those recorded during the same months in 2019, to see if there were any notable differences. Keep reading to see what our analysis revealed.

The office sales volume for the five boroughs totaled $765 million during the three critical months in NYC. This marked a 58% decrease in sales volume compared to the same time last year when NYC recorded office sales worth $1.8 billion. Just 20 office deals closed during the three months we looked at, compared to 60 sales closed during the same time in 2019. Given the smaller number of sales closed, the price per square foot for NYC office space also dropped, from $807 per square foot in 2019 to $414 in 2020.

Last year, during the three months we analyzed, Queens boasted the second-highest sales volume of all boroughs, surpassed only by Manhattan. The borough saw 16 office deals close for a total of $119 million, which translated into a price per square foot of $378. Fast forward to 2020, and Queens office sales dropped 86% to just $17 million.

Brooklyn sold 9 office assets for a combined $36 million from March through May 2019. During this year’s lockdown, office sales activity stopped short, with no transactions closed during the three months we analyzed.

The months of March, April, and May 2019 saw several trophy office sales come to fruition, all of them in Manhattan. There were 4 neighborhoods that recorded sales volumes of over $100 million during this time, with Chelsea leading the way at $794 million.

By comparison, the three months of lockdown in 2020 saw just 2 office sales close for more than $100 million. The biggest office sale of these three months was that of 530-536 Broadway in Soho for $382 million, which places this Midtown South neighborhood at the top of the 2020 list. The sale of the mixed-use building to SHVO was announced at the beginning of 2020, so it was already in the works by the time the pandemic hit New York City.

Only 2 NYC Office Assets Fetch Over $100M This Spring

In 2019, Google made the news with its $592 million purchase of 450 West 15th Street, also known as the Milk Building, in Midtown’s Chelsea neighborhood. It was one of the biggest sales of the year, and another outpost for the online giant in Midtown South. It was followed by the $379 million sale of 521 Fifth Avenue to Savanna, which closed in May 2019. There were three more notable office sales to close from March through May last year, namely the $148 million sale of 511 West 25th Street, the $130 million sale of 428 West 14th Street, and the $107 million sale of 24-28 West 25h Street.

By comparison, during the three months of lockdown in NYC, there were just two office transactions to fetch more than $100 million. The largest sale to close during lockdown was that of 530-536 Broadway to a joint venture between Michael Shvo, Serdar Bilgili, and BVK. The partnership bought the Soho office and retail building for $382 million from Wharton Properties. The building is located in the Soho Cast Iron Historic District and has floor plates of 17,000 square feet.

We looked at all office sales to close in New York City during the months of March, April, and May 2020, and we compared them to sales closed during the same months in 2019. We extracted the sales from the Department of Finance Rolling Sales database, filtering by building classes (O1 through O9) based on the official building classification by the City of New York.