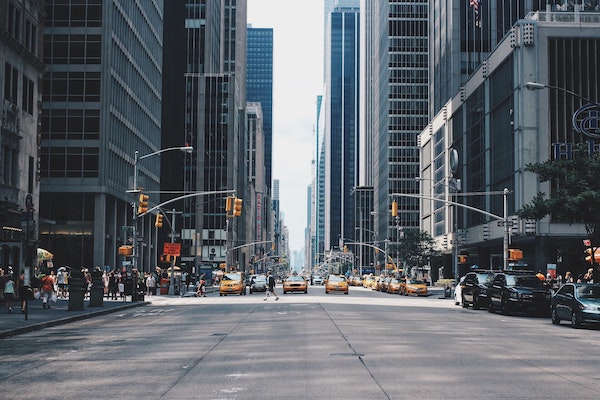 As more and more companies embraced remote or hybrid work models in the past year, offices throughout NYC were left eerily vacant. Some office tenants chose to reduce their office footprint or end their leases, which left commercial landlords in a bit of a pickle. To keep existing tenants or attract new ones, landlords have been making concessions never-before-seen in NYC, from tenant improvement allowances to free rent.

This month, NYC’s commercial real estate market is reopening, and office workers are expected to return to their offices, albeit not all of them. Many businesses are still allowing their employees to work remotely, either temporarily or indefinitely, and many of these employees will choose to stay home. The threat of Covid19 still looms over the city, even as vaccination efforts accelerate, and many businesses are not ready to welcome the same number of workers in their offices just yet. Social distancing and hygiene features are now the top priority. Ironically, high-density offices were the norm pre-pandemic, so companies now have to either embrace a hybrid work model or expand and innovate to accommodate their staff safely.

This is the best time for startups or small businesses who have been trying to find quality office space in Manhattan to make a move. Office asking rents have dropped across most submarkets, and landlords are much more open to accommodating tenant needs and accepting shorter-term leases. Some office buildings have been left without their primary tenant, or that tenant has decided to downsize, thus creating opportunities for smaller firms to move in. Class A office spaces in trophy Midtown Manhattan buildings, which were inaccessible to small businesses pre-pandemic, are now a viable option. Moreover, even as the city’s offices reopen, rents are likely to remain below their pre-pandemic levels due to increased crime rates. According to the New York Times, the number of shooting incidents in the city rose 83% from May 2020 through May 2021. As a result, many office workers will choose to stay safe and keep working from home for the time being, which means offices won’t be filling up again very soon.

The two best office neighborhoods to bet on right now

As landlords continue to struggle to retain and attract tenants to fill vacant office space, startups and small businesses have a window of opportunity to take advantage of. We’re going to go through what we think are the NYC neighborhoods that offer the best value in 2021 and beyond. These neighborhoods are either emerging as desirable office submarkets or are in the midst of much-needed redevelopment. Asking rents are currently lower than usual due to decreased demand and a temporary rise in crime rates, but they are likely to rise over the following months and years gradually.

The neighborhood surrounding Penn Station is probably the best destination for office investors and tenants right now. This submarket offers an unrivaled connection to public transport via the subway and bus stations at Penn Station and a plethora of Class A and Class B office space. The entire area will undergo massive redevelopment over the following years, which will likely boost the market’s appeal and lead to higher rents.

The $1.6 billion new Moynihan Train Hall, which was finalized earlier in 2021, allows 50% more space for Penn Station commuters and is just the first step in a master plan that will revitalize the entire neighborhood. Facebook’s expanded new office, located at the same address within the Farley Post Office Building, is likely to attract further investment in the area. Additionally, the rebuilding of the Port Authority Bus Terminal will enhance the area’s overall appeal. Last but not least, Governor Andrew Cuomo’s Empire Station Complex, which could add 20 million square feet of commercial space to the Penn Station market, is also in the pipeline.

All in all, the Garment District/Penn Station submarket is worth betting on in 2021. As all of these projects start to come to fruition over the coming years, competition for available offices in the area will intensify rapidly, and asking rents will increase exponentially.

The Garment District/Penn Station submarket is not the only area of NYC currently undergoing a major revamp. The Grand Central neighborhood is also emerging as a top destination for creative office businesses after losing tenants to the glossy towers of Hudson Yards in the past decade. Grand Central has always been an attractive location for businesses due to its connection to public transportation and proximity to prestigious NYC landmarks like the Empire State Building or the Chrysler Building.

However, most of the office buildings in the area became outdated over the years and were no longer desirable to creative office tenants.

Now, this submarket is starting to appeal to businesses and startups again, as new, state-of-the-art developments begin to take shape. The $1.4 billion One Vanderbilt office tower officially opened its doors to tenants in the fall of 2020. It marked the beginning of a long-term redevelopment of this part of Midtown Manhattan. The 1.8 million-square-foot tower is currently the tallest office building in Midtown and the fourth tallest in the city, but it won’t be for long.

The next step of the revitalization of Grand Central will be the replacement of the Grand Central Hyatt hotel with an 89-story, three million-square-foot office tower dubbed Project Commodore. The tower will offer 2 million square feet of Class A office space, a hotel, and expansive retail and public space.