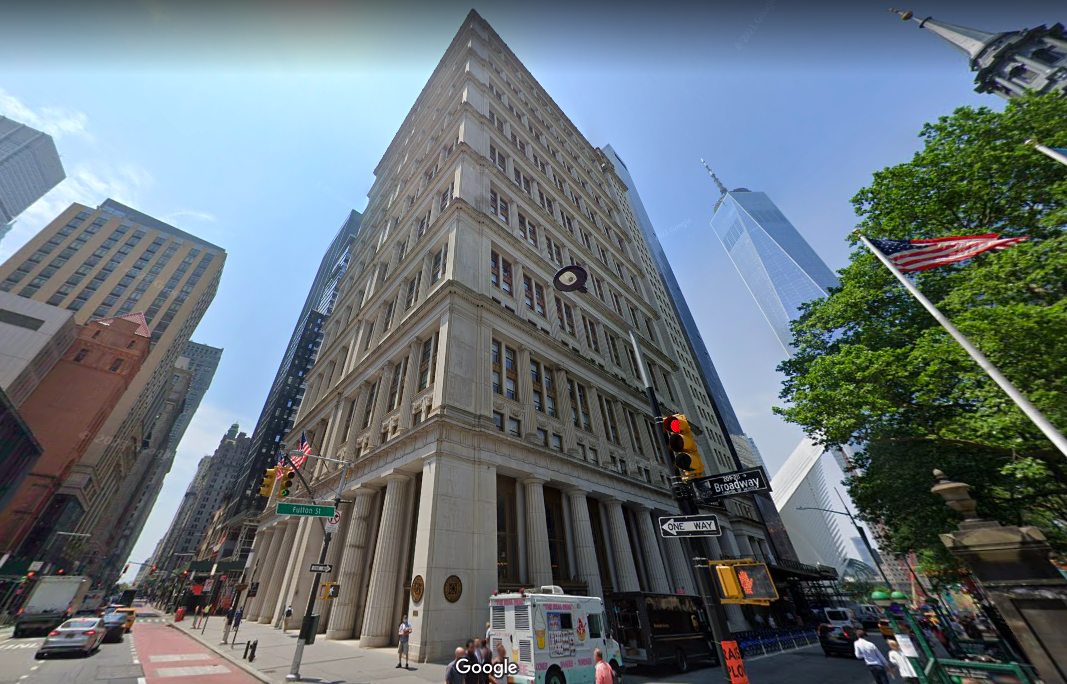 The office building at 195 Broadway in Lower Manhattan used to be known as the Telephone Building, the Telegraph Building, and the Western Union Building. It was designed by William W. Bosworth in a Neoclassical Greek style and completed in 1916. The property served as the headquarters of AT&T from 1913 until 1983 and was also home to Western Union Bank. In 1985, the building was fully renovated to offer modern office space to a diverse tenant base. Its exterior and first-floor interior were designated New York City Landmarks in 2006.

The building features Class A office space for lease and state-of-the-art amenities, including an impressive marble lobby. The New York Times reported that 195 Broadway has the most marble of any NYC office building, used for the exterior, the lobby, and even the fire stairs.

195 Broadway offers 1 million square feet of Class A World Trade Center office space across 29 stories. The LEED-certified building is managed by L&L Holding Company and has floor plates ranging from 6,000 to 42,000 square feet in size. The property was fully renovated in 1985, an effort that included the complete revamp of the marble lobby and the addition of three retail spaces. The unique lobby features soaring marble Doric columns, ornate chandeliers, and polished bronze finishes. The lobby also houses the visitor check-in center and a carved marble letterbox.

Getting to and from 195 Broadway

The office building at 195 Broadway occupies the entire western side of Broadway, from Dey Street to Fulton Street. It provides easy access to the Fulton Street Transit Center and the World Trade Center Transit hub, connecting tenants to all parts of New York City and New Jersey via subway lines, PATH lines, a high-speed airport, and Staten Island ferries.

Who is renting office space at 195 Broadway?

How much is the rent price for office space at 195 Broadway?

Office asking rents at 195 Broadway hover around $70 per square foot, significantly more affordable than Class A office space in Midtown. Similar properties in Hudson Yards or the Plaza District can fetch rents as high as $100 per square foot. Lower Manhattan can be a perfect alternative for businesses looking for more affordable options.