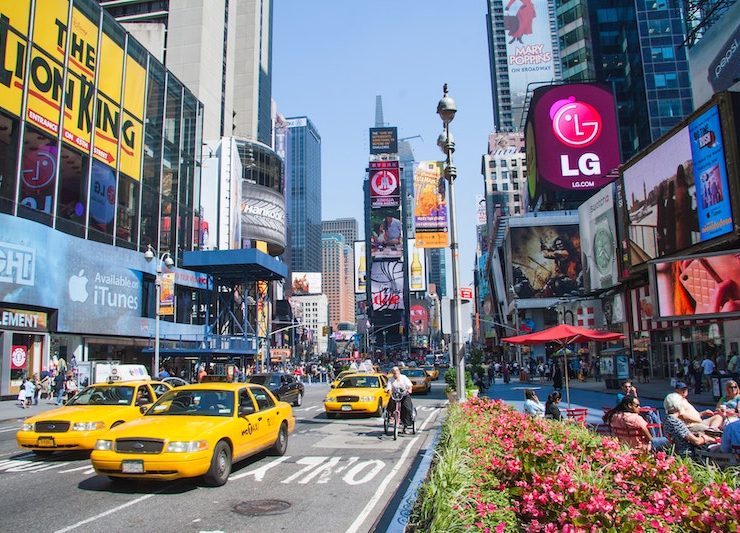 Norris McLaughlin, a full-service business law firm with offices in New Jersey, New York, and Pennsylvania, has inked a deal to lease 27,488 square feet of prime office space on the 21st floor of 7 Times Square in Midtown Manhattan. The rent was reportedly set at approximately $70 per square foot, according to the Commercial Observer.

The 10-year lease will begin in 2020, when Norris McLaughlin is expected to move from its current location at 875 Third Avenue in an effort to improve operating efficiencies. Founded in 1953 in New Jersey, the mid-sized law firm opened its first New York office in 1999 and has been serving the business community of the New York metropolitan area ever since with more than 130 attorneys.

Also known as Times Square Tower, 7 Times Square is a 1.2 million-square-foot office tower owned by Boston Properties in a joint venture with an affiliate of Norges Bank. The Norwegian sovereign wealth fund acquired a 45 percent interest in the property in 2013 for $684 million in cash. Boston Properties is the largest publicly held developer and owner of Class A office properties in the U.S., with a special focus on the Boston, Los Angeles, New York, San Francisco, and Washington, D.C., markets. The company’s portfolio now totals 51.4 million square feet and 196 properties, including 11 properties under construction.

Designed by the world-class architect David Childs of Skidmore, Owings & Merrill, the 47-story, Class A Times Square Tower was built in 2004 and stands on a premier lot at 7 Times Square, between 41st and 42nd streets and between Broadway and Seventh Avenue.

Norris McLaughlin will be joining other notable tenants of the LEED-certified building, including Ann Taylor, one of the leading women’s retailers in the U.S., which occupies roughly 300,000 square feet across 12 floors. The building is also home to other law firms, including O’Melveny & Myers, Pryor Cashman, and Manatt, Phelps & Phillips.

Maintaining its reputation as one of Manhattan’s most dynamic business locations, Midtown Manhattan continues to attract high-profile companies. Asking rents for Class A office space reached $82.04 per square foot in Q1 2019, per Cushman & Wakefield data. However, despite the healthy leasing activity, overall vacancy in Manhattan jumped 80 bps to 10.1% in the first quarter, the highest quarterly increase recorded since Q2 2009.