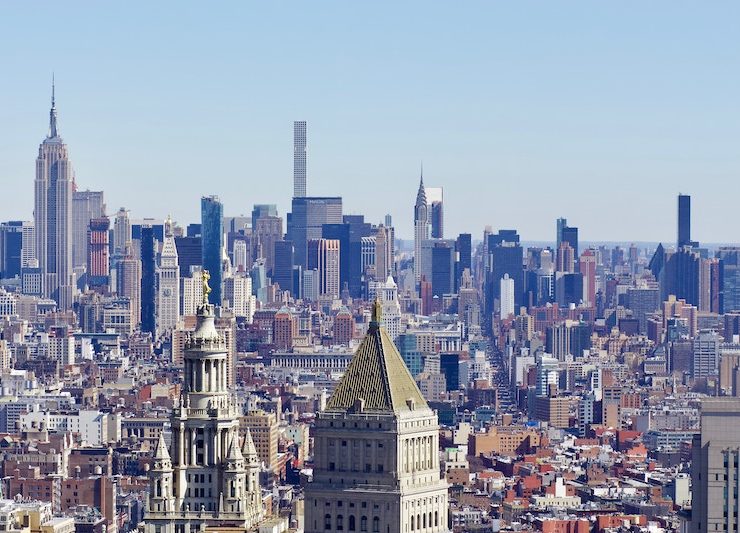 The Commercial Observer reports that the company has signed a five-year deal to lease its current office on the building’s eighth floor. Aflac had been previously subleasing the space from another company. JLL’s Scott Vinett represented Aflac in the lease negotiations, while CBRE represented the landlord, IBE Trade.

Aflac currently occupies 8,802 square feet of financial services office space in the heart of the Insurance District at 14 Wall St. The firm is just one of the high-profile tenants on the building’s roster, which includes Skidmore, Owings & Merrill, NYU Langone Health, Eidos Media and Anthem. Retail tenants include Starbucks, T.J. Maxx, and Equinox, which will hang on to its 36,500-square-foot space at 14 Wall St. for another two decades.

14 Wall Street, also known as the Bankers Trust Company Building, is a million-square-foot office building completed in 1912 in Manhattan’s prestigious Financial District. The 37-story, Class A office tower was acquired by current owner IBE Trade for $303 million in 2012, and is managed by CBRE. IBE Trade is owned by Ukrainian billionaire Alex Rovt, who paid for the building in cash, according to The New York Times.

The building was completely renovated back in 2008, and it includes nearly 25,000 square feet of retail space and onsite conference and event space. 14 Wall Street is also located near the New York Stock Exchange and several major subway lines, including the 2, 3, J and Z trains. It was designated a historical landmark by the Landmarks Preservation Commission in 1997.

The asking rent for Aflac’s space was reportedly $53 per square foot. That’s well below the overall average of $62 per square foot commanded in the Downtown submarket in Q1 2019. The Financial District has historically been associated with prestige, as it’s home to a plethora of large financial services companies, law firms, and other major institutions. However, the old FiDi limestone buildings are often traded in for state-of-the-art office space in the glass-clad towers of Hudson Yards. That submarket is so popular that it has become the most expensive office cluster in the city, with rents exceeding $100 per square foot. Even so, many tenants like Aflac will always be drawn to Wall Street and FiDi, as the office towers found here offer easy access to all the popular offerings of Manhattan.

Founded in 1955 in Columbus, Ga., Aflac is the largest provider of supplemental insurance in the U.S. The company is best known for its payroll deduction insurance coverage, and offers a wide range of insurance policies. It has been recognized as a 2019 Best Place to Work in IT by IDG’s Computerworld, marking the 19th time Aflac has been featured on the list.