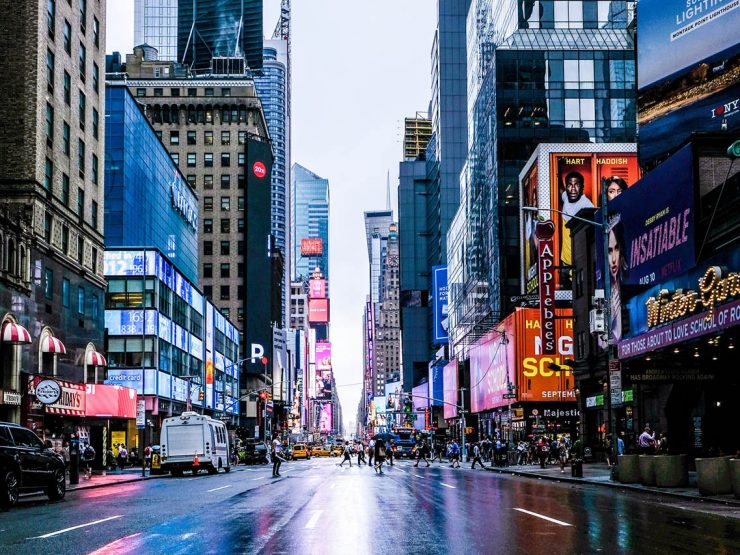 I was recently asked for my opinion regarding the prospects of a recovery in the New York City retail commercial real estate market. It’s a good time for an update on what has changed.

To provide some key background information – before the pandemic, New York City’s retail office space sector employed about 340,000 workers who were spread across 32,000 businesses and it was a huge contributor to New York City’s total economy. 1 out of 10 people with payroll jobs were working for the retail sector, and 22% of the total retail workforce consisted of younger individuals, often working at their very first job.

From February to October of 2020, about 29,000 people lost their jobs in the retail sector (see report) – which consisted mostly of clothing stores, and department stores to a smaller extent. Before the pandemic, 46% of retail jobs in all of New York City were concentrated in the borough of Manhattan. Many of those jobs were only available because of a large number of wealthy individuals who were able to support this local economy. After the pandemic hit, many of those people ended up escaping the city which caused the Manhattan retail market to decline by 59% between February and June of 2020.

The retail industry segments that have been most heavily impacted by the pandemic are clothing stores, general merchandise stores – which includes things like sporting goods, furniture and others, as well as retail stores, such as those that sell consumer electronics.

While restaurants are not technically a part of the retail sector – from a commercial real estate perspective, they occupy the same type of ground level commercial office space and they greatly affect the popularity of nearby retail businesses. While the usage is different, the per square foot pricing is identical for restaurants and retail. That being said, when the market was stronger landlords were getting “key money” as a component of restaurant deals. Key money is essentially a payment by the tenant for the fixtures and set up of a restaurant – including items such as the kitchen, stack and seating.

A survey by the New York City Hospitality Alliance found that 75% of restaurants and bars have seen their revenues fall by more than half in 2020, compared to the year before. All in all, about 40% of restaurant employees in New York City have lost their jobs during the worst of the pandemic.

People’s shopping habits are closely tied to being able to enjoy dining with their friends and colleagues. If fewer restaurant options are available, there will be a negative impact on shopping – and this is especially true for neighborhoods which cater to upscale communities.

What has changed since the retail sector crash?

Even during the peak of the pandemic – the retail sector has not been affected equally. Stores that were deemed essential such as drug and grocery stores have been able to maintain most of their workforce and have had sales levels return to normal  – or even higher, by June of 2020. There was a significant change in people’s spending habits – with restaurant expenses being replaced by large grocery purchases. Consumer kitchen products such as food processors, cookers, blenders and others have likewise seen a significant boost in online sales.

What may surprise you is that while there was a huge dip in overall retail sales between February and June of 2020, there has been a strong recovery since.

In large part, this was due to the retail sector quickly adapting to new ways of moving their products – from greatly increased attention to online shopping, to curbside pickup options as well as better and faster home delivery services. Consumer spending has also very strongly coincided with people receiving their government stimulus checks. Overall spending in May of this year was 18% higher compared to pre-pandemic levels and this trend could persist for a while longer as people shift their purchases to restaurants, lodging and travel.

While this data seems promising, it’s important to understand that it also distorts the picture that we see on the ground in New York City. The retail sector is doing well, but many small businesses have not been able to keep up – and ended up shutting down or leaving. You can still see this just by walking around and looking at empty storefronts across Manhattan.

It’s reasonable to expect that the vacancy rates will drop sharply in the next few years. Markets will adjust as they usually do, and reduced store rents will attract new and innovative retailers, resulting in leases being signed and the overall vacancy decreasing. Now, this isn’t going to happen immediately; it’s going to take some years. There are many factors that will determine what ultimately happens to the retail real estate market in New York City.

Some key factors that will help reduce high vacancy rates include:

Even if all of the above happens, it may not be enough to jumpstart the retail real estate market. If that is indeed the case, we may see some government intervention in order to help get those empty stores leased. Blocks and blocks of vacant shops and restaurants in and of themselves impede New York City’s recovery. They create a sense of discomfort, blight and insecurity. Vibrant retail stores and restaurants help encourage workers to return to their offices. All of these factors are connected.

A major advantage of acquiring a restaurant space for lease today is that many of the restaurants that have closed their doors, have left their spaces with all of their key equipment in good condition. This is very valuable for a new restaurant business, because installing a new kitchen, seating and a stack can cost hundreds of thousands or millions of dollars – which tenants have to pay for themselves.

Landlords generally don’t build out retail spaces. They offer free rent in lieu of construction. Since the retail vacancy rate is so high, there is an abundant choice of vacant stores, some of which are in very good condition. Tenants who are looking to acquire a store today might not have to spend as much money to build out a new space. Not only will they save on rent but also on the cost to get their business operating. That being said, this benefit is somewhat balanced by the fact that construction costs are far higher than they were before March of 2020. If they need to build out a retail location, the cost of the build out will be greater. That’s why it could be very pragmatic for a new business to take over another restaurant that closed in good condition, and simply clean and redecorate it as needed. Kitchen upgrades and other elements could wait until they establish a strong track record of profits at that location.

Foot traffic in Manhattan stores appears to be high and growing. There is a nostalgia for shopping and stores that survived seem busier than stores before the pandemic. This is even more true for restaurants. Many of the restaurants that survived have their outdoor dining areas plus their interior seating largely booked.

Since March of 2020, there have been a multitude of government aid programs. A program supporting the financial markets, a moratorium on evictions, the Payroll Protection Program and others. Considering the importance of major urban areas to the health of the national economy, is it conceivable that there could be a government aid program designed to jump start the recovery of the retail real estate market.

There are already specific government incentive programs in place that support the commercial real estate market in targeted geographic areas. These programs are essentially real estate tax rebates for landlords that get credited to their tenants. Areas that are eligible include Lower Manhattan south of Canal Street, Brooklyn, certain areas of Queens, the Bronx, and Manhattan north of 96th Street. When these programs were established many years ago, the government had an incentive to strengthen the real estate market in these neighborhoods. The situation in Manhattan is worse today, than it was when these programs were established.

In general, the recovery signs are very good across the board, and while we will certainly experience some rough patches going forward, consumer confidence is proving to be high and there is an increasing availability of retail jobs for New Yorkers. Hopefully, enough office workers will resume working outside of their homes and contribute to the revitalization of local retail businesses in New York City.