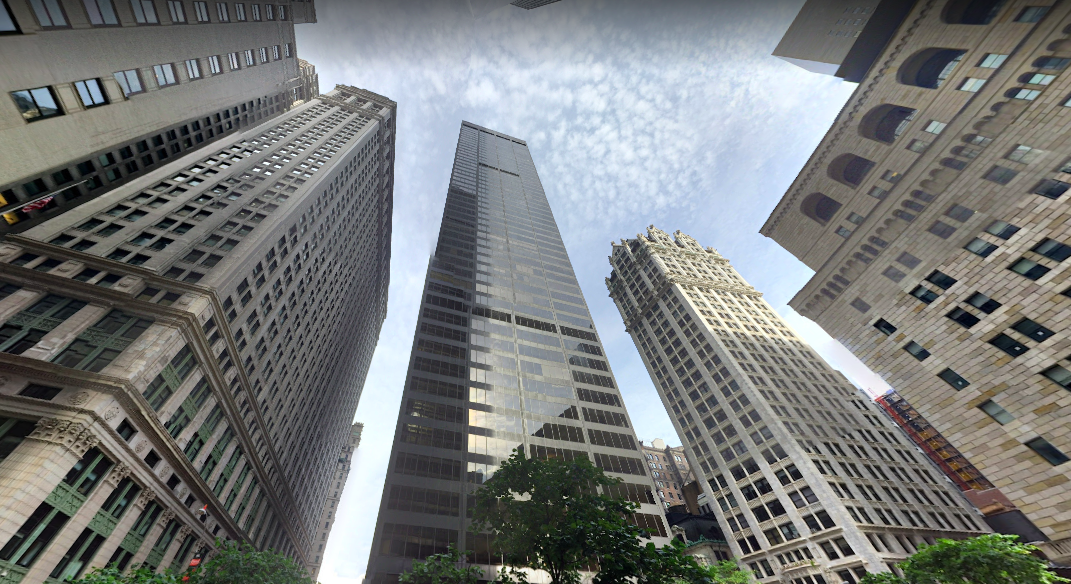 The 60-story office tower rising at 28 Liberty Street in Downtown Manhattan was originally completed in 1963. Designed by Gordon Bunshaft of Skidmore, Owings & Merrill, the building was constructed to serve as headquarters for Chase Manhattan Bank. The International Style design bears a resemblance to Bunshaft’s Inland Steel Building in Chicago, consisting of a single steel slab. The building was known as the One Chase Manhattan Plaza until 2013, when it was acquired by Chinese company Fosun and rebranded 28 Liberty Street.

The 60-story 28 Liberty Street building offers roughly 2.2 million square feet of Class A Financial District office space. The building also incorporates ground-floor retail space, as well as several floors of underground basement space. 28 Liberty Street was renovated in the 1990s and then again in 2013 when Fosun Group acquired it. The new owner renamed the building 28 Liberty Street, reportedly inspired by Chinese numerology, which recognizes the numbers 2 and 8 as bringers of luck and prosperity. Fosun also invested $150 million into redesigning the building’s lower floors into a 200,000-square-foot retail complex.

28 Liberty Street was designated a New York City Landmark in 2008. The property incorporates an outdoor plaza with a sunken Japanese rock garden designed by Isamu Noguchi, a 40,000-square-foot cinema/theater, and tenant-exclusive event space on the 60th floor. Floorplates range in size from 35,000 to 37,450 square feet. The virtually column-free interior, excellent location, and high-profile tenant roster make 28 Liberty Street a desirable option for office tenants of all sizes.

Getting to and from 28 Liberty Street

28 Liberty Street is conveniently located in the prestigious Financial District, between Nassau, Liberty, William, and Pine Streets. Nearby destinations include the Federal Reserve Bank of New York Building, the Chamber of Commerce Building, Liberty Tower, the Equitable Building, and 40 Wall Street. The building has a direct entrance to the Wall Street subway station and is just two blocks from the new Fulton Center/World Trade Center complex.

Who is renting office space at 28 Liberty Street?

How much is the rent price for office space at 28 Liberty Street?

Office asking rents at 28 Liberty Street start at $75 per square foot but can go higher depending on the lease terms. The building offers competitive rents, Class A amenities, column-free office space, and an unrivaled location in the heart of FiDi and Lower Manhattan. By comparison, Class A office space in Midtown Manhattan commands $80 or even $90 per square foot.