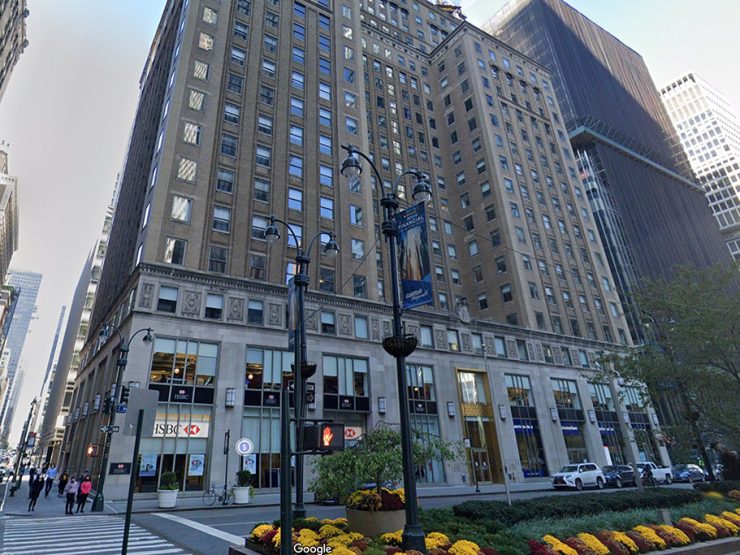 Powered by startups, freelancers, and established companies looking for extra desks, coworking office managers enjoyed several years of uninterrupted growth in Manhattan. By the end of 2019, the sector began to stall. All over the city, shared space players like WeWork and Regus defaulted on commercial leases. Market uncertainty, brought about in 2020 by a global pandemic, seemed like a death blow for the industry.

In recent weeks, a series of high-profile deals have demonstrated this business model’s resiliency. As companies reassess their office needs, coworking space could fill a crucial gap in commercial leasing. This shift has given prefabricated, full-service office rentals a second lease on life, so to speak.

This month, International Workplace Group (of which Regus is part) inked a deal with AEW Capital Management for 58,000 square feet at 250 Park Avenue. A month earlier, IWG added 91,000 square feet at 401 Park Avenue South and 14 Penn Plaza. In those deals, the company appropriated quite a bit of commercial office space left vacant by its competitors.

You may recall that less than a year ago, IWG shuttered one-fifth of its New York City office space. Beyond that, the Swiss company reported £620 million in losses in March 2021. Yet, in Q2 2021, it appears that IWG is looking to rebound.

Will this considerable increase in IWG’s Manhattan footprint pay off? I’m inclined to be optimistic, given the state of the shared office industry writ large.

The recent IWG leases are far from the only coworking deals making headlines. In late August, WeWork landed a $10 million federal contract to accommodate government workers, on-demand, for the following year. There is an option to renew this contract for an additional four years.

WeWork is the largest, most visible, and, perhaps, most controversial company in the shared office game. I have written extensively about their ups and downs in recent years. At the end of 2019, they were facing a scuttled IPO and a tumultuous buyout from SoftBank. Many had doubts about WeWork’s survival.

Under the leadership of CEO Sandeep Mathrani, who replaced ousted founder Adam Neumann in 2019, WeWork has cut overhead, trimmed staff, and shuttered underperforming spaces. The result is a leaner company with a more realistic valuation.

Right now, they seem to be on the upswing. This federal contract is a massive benchmark for WeWork, but it’s far from the only green shoot. Two years removed from the SoftBank debacle, they are signing an investment partner in Cushman and Wakefield. WeWork is a company that turned a corner.

Varying Successes across the Industry

Unfortunately, the Covid-era resilience we see in WeWork and IWG is not uniform across the shared office industry.

Perhaps the most prominent casualty in the industry was the boutique brand Knotel. In 2016, Virgin co-founder Amol Sarva and venture capital investor Edward Shenderovich started the company. By 2019, it had achieved a valuation of $1.6 billion. That same year, Knotel signed a trio of big leases across Manhattan, bringing its total New York City office space to nearly 2.5 million square feet.

However, Knotel laid off 30% of its employees In March 2020. By the end of that same month, the company had reduced staff to a paltry 200 employees. Knotel ended 2020 frantically working to raise $100 million. It never materialized. In February, the company filed bankruptcy, eventually selling to its investor Newmark for $70 million.

I want to stress that Knotel had institutional issues long before Covid. Its focus on expensive buildouts and long-term commercial leases led it to overextend itself quickly. As early as 2019, news reports circulated of a $233 million shortfall. Knotel was uniquely positioned to fail in a nationwide office shutdown.

Other New York-based shared office operators have weathered the storm well. Industrious, which manages about a dozen locations in the city, reported its all-time highest weekly earnings at the end of July. While Australia-based firm Servcorp halved its US footprint in 2020, it nonetheless managed a modest profit by year-end.

The Pandemic Brings Uncertainty and Evolution

Undoubtedly, many business sectors have absorbed big hits in the last 17 months. There was good reason to believe this financial downturn would be a death knell for shared office space. All the evidence I see points to a resurgence for the industry. The reasons are twofold: workplace uncertainty and workplace evolution.

Time and again, we have seen companies make plans for full returns to the office only to push them back. Most recently, the rise in Delta-variant Covid cases has dashed countless timelines to commence full-time onsite work. Coworking offices offer a flexible, short-term option for these companies.

However, a year and a half of remote work seems to have precipitated an evolution in white-collar work. The stigma against working from home largely faded. The American workforce is less interested in returning to a five-day-a-week commuter lifestyle.

At the same time, workers can’t stay at home forever. Isolation, family issues, and the limitations of remote communication necessitate some return to the office. Still, it won’t be the same kind of office we left. It will be fluid and decentralized. Substituting short-term desk rentals might be the new paradigm. Large companies like IWG, WeWork, and Industrious can provide workers with a la carte desks in satellite spaces close to their homes.

Shared Workspaces – A Model in Transition

Are we witnessing a coworking sea change or just a blip in its inevitable decline? I think we are seeing one of those rare second chances for a promising but flawed business model.

If coworking is to succeed long-term, operators must contain their leasing, staffing, and overhead costs. A business model based on constant expansion and budget-breaking amenities isn’t sustainable. Coworking offices will also need to think beyond their core customers. In a way, the pandemic has made every company a viable shared-space tenant.