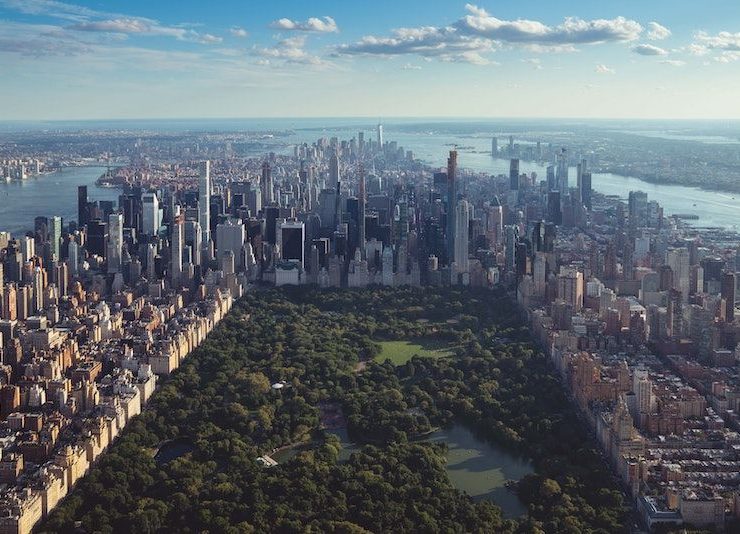 Property taxes in the U.S. are a frequent topic of debate, especially when it comes to commercial real estate. Office buildings in major American cities shell out exorbitant amounts on property taxes each year, particularly in New York City, which is one of the busiest — and priciest — office markets in the world.

New York City is home to some of the tallest and most iconic commercial skyscrapers in the world, and these skyscrapers also come with some very steep taxes for building owners to pay. Additionally, the more desirable a building is to investors, the pricier it becomes with each sale, and the property taxes it commands also increase. That’s why office buildings in Manhattan are consistently at the top of the list when it comes to commercial property taxes.

We wanted to see which are the New York City office buildings to pay the most significant property taxes in 2020, so we combed through the Department of Finance records to extract a list of the top 50 tax-paying office towers in the city. Unsurprisingly, all the buildings on our list are in Manhattan, a veritable Mecca for commercial real estate investors from around the world. Check out the top 10 below, and keep reading for the full list of 50 buildings.

The top 10 tax-paying office buildings in New York City are concentrated in Midtown Manhattan, with one property in Midtown South, as well. However, the first one on the list is in a league of its own. The General Motors Building at 767 Fifth Avenue pays the highest office property taxes in all of NYC. In 2020, the amount that building owner Boston Properties is paying for the 50-story Plaza District tower is a whopping $83 million.

Taxes for the General Motors Building, which houses tenants like Apple, Estee Lauder, General Motors, and Macklowe Properties, among many others, have been continuously rising from year to year. In 2016, building owners had to for over a little under $72 million, which is still a pretty significant number, but it’s $11 million less than what Boston Properties is paying in 2020.

Next in line is the Metlife Building at 200 Park Avenue, which has to pay more than $58 million in property taxes this year. Tishman Speyer owns the 1963-built, 58-story tower that houses high-profile office tenants like Freddie Mac, CBRE, BNP Paribas, Lendlease, Citibank, and Bank of America, among many others.

Interestingly enough, all of the top 10 tax-paying office towers on our map were built before 1975, with most of them completed during the 1960s. The oldest office buildings in our top 10 are 111 Eighth Avenue in Chelsea, owned by Google, and 1270 Avenue of the Americas in Midtown, owned by Tishman Speyer. These two buildings pay $45 million and $50.6 million in property taxes, respectively.

The most recently completed office building in our top 10 list is the Solow Building, finished in 1974. The 50-story building at 9 West 57th Street was designed by Gordon Bunshaft of Skidmore, Owings & Merrill, and it’s one of the most recognizable staples on the Midtown Manhattan skyline. It’s also one of the most valuable office buildings in the borough, with a 2016 appraisal setting its value at $3.4 billion. The property taxes that owner Solow Building Co. pays for the tower are a match for the building’s worth, at over $50 million in 2020.

The prestigious Plaza District neighborhood of Midtown Manhattan has the most appearances on our list of the 50 top tax-paying office buildings in NYC. A total of nine office towers on our list are located here, led by the General Motors Building at #1, and followed by 1345 Avenue of the Americas, which pays the third-highest office property taxes in the city, of $51.4 million.

Another NYC neighborhood that’s shelling out considerable amounts in office property taxes is Rockefeller Center, which has eight buildings featured in our top 50 list. The top tax-paying office building in this part of Midtown is 1270 Avenue of the Americas, which forks over close to $51 million in property taxes. The 31-story building owned by Tishman Speyer was completed in 1932 and houses high-profile office tenants like Prudential, USA Holdings, Venable, and Bank of America, among others.

It’s followed by 1221 Avenue of the Americas, which is paying $49.3 million in taxes this year. This 2.5 million-square-foot Rockefeller Center office building was completed in 1971, and it’s owned and managed by The Rockefeller Group. Tenants at the 50-story high-rise include Morgan Stanley, SiriusXM, Deloitte, and Mayer Brown.

Times Square also has a strong presence on our list, with a total of six office properties. The top tax-paying building in this neighborhood in 2020 is 1633 Broadway, commanding $44.8 million in property taxes, which lands it at #9 on our list. The 2.6 million-square-foot, 48-story tower was finished in the early 1970s, and Paramount Group owns it. Tenants at the Class A office building include Time Warner, Morgan Stanley, Allianz, and The Clinton Foundation.

One building in the new Hudson Yards neighborhood also made our list of the top tax-paying office buildings in 2020. Brookfield Properties, the owner of the 1.7 million-square-foot Five Manhattan West, located at 450 West 33rd Street, is paying $22.5 million in property taxes this year.

Data sources: the NYC Department of Finance Assessment Roll data (2020), proprietary research. We excluded all tax-exempt properties from our analysis.