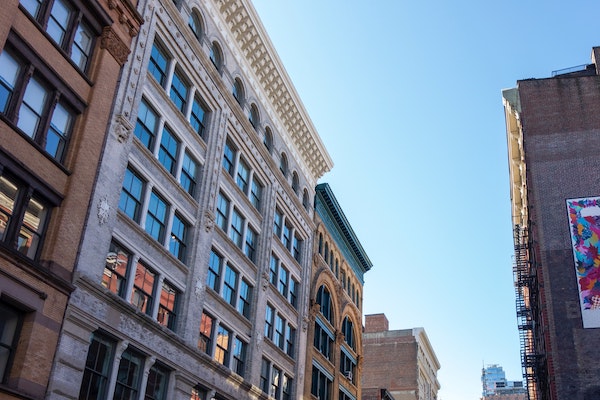 The New York City commercial real estate market took quite a hit in 2020. Total office sales dropped 58% during this spring’s lockdown, while retail sales sank a whopping 78%. Brooks Brothers, J.Crew, and other major retailers filed for bankruptcy, while many office buildings in Midtown and Downtown Manhattan suddenly became eerily empty as workers switched to remote work.

The news, however, isn’t all bad. Office leasing activity has started to pick up the pace, led by Facebook’s 730,000-square-foot lease at the Farley Post Office Building. NBC signed a one-year extension for 340,000 square feet at 1221 Avenue of the Americas, while BNP Paribas renewed its 322,500-square-foot lease at 787 Seventh Avenue. Clearly, NYC has not lost its appeal, and companies are still willing to bet on its long-term success and recovery.

NYC’s office market has always been a profitable long-term investment opportunity, and even during a pandemic, that hasn’t changed. Various high-profile office transactions closed this year, and more are scheduled to close during the final months of 2020. We wanted to see which were the top office deals to close in the city since the debut of the pandemic, so we extracted a list of the 20 biggest transactions to close from March through October 2020. Find the full list below and keep reading for some highlights.

In late August, we revealed a round-up of the largest office transactions to close in NYC during the first half of 2020. At the time, Amazon’s $978 million purchase of WeWork’s 424 Fifth Avenue, which closed in mid-March, sat at the top of the list.

The pricey purchase of the former Lord & Taylor Building hasn’t been topped yet, so it remains at the very top of our list. Jeff Bezos’ retail giant bought the historic retail building from WeWork, which had plans to convert it to office space. However, WeWork decided to sever ties with the 660,000-square-foot building following financial troubles. Seattle-based Amazon will now turn the Lord & Taylor Building into its New York City headquarters.

The second-biggest office transaction since March was Savanna’s $435 million purchase of 1375 Broadway in the Garment District. The company bought the 500,000-square-foot property, also known as the Lefcourt State Building, from Westbrook Partners in July. Tenants at the 27-story building include Tarte Cosmetics, Anchin, Block & Anchin, and TD Bank. Savanna’s acquisition was possible with the aid of a $388.5 million loan from Deutsche Bank.

Savanna’s deal with Westbrook was one of just five transactions to top the $100 million-mark from March through October 2020, and they all closed in Manhattan.

The third-largest office deal in recent months was the $382 million sale of 530-536 Broadway in Soho. Michael Shvo, alongside BVK and Serdar Bilgili, purchased the 198,000-square-foot building from Wharton Properties in March, with the help of a $210 million loan placed with JLL. The Class B asset was completed in 1898 and is home to Knotel, Club Monaco, Skechers, and Anomaly, among others.

Another major office transaction closed in early March when the Gaedeke Group paid EQ Office $200 million for 44 Wall Street in the Financial District. The 24-story tower was built in 1927 and underwent significant upgrades in 2016, including a renovation of the lobby and updates to common areas and building systems. George Comfort & Sons advised Gaedeke on the deal and is in charge of leasing. Tenants at the FiDi property include WeWork, Giant Spoon, GameChanger Media, Charles Schwab, and SMCP.

The only other NYC building to fetch a hundred-million price tag in recent months was 410 Madison Avenue, which sold to JP Morgan Chase in June for $115 million. JP Morgan bought the seven-story, 60,000-square-foot building from Bank of China, which used to operate its NYC headquarters at the site. The bank relocated to a 470,000-square-foot space at 7 Bryant Park in 2017, according to The Daily Beat. JP Morgan Chase might have bigger plans in store for the property, as the seemingly-modest building at 410 Madison comes with more than 100,000 square feet of air rights.

Find all the 20 properties on our list on the map below and get more details on each of the sales included.