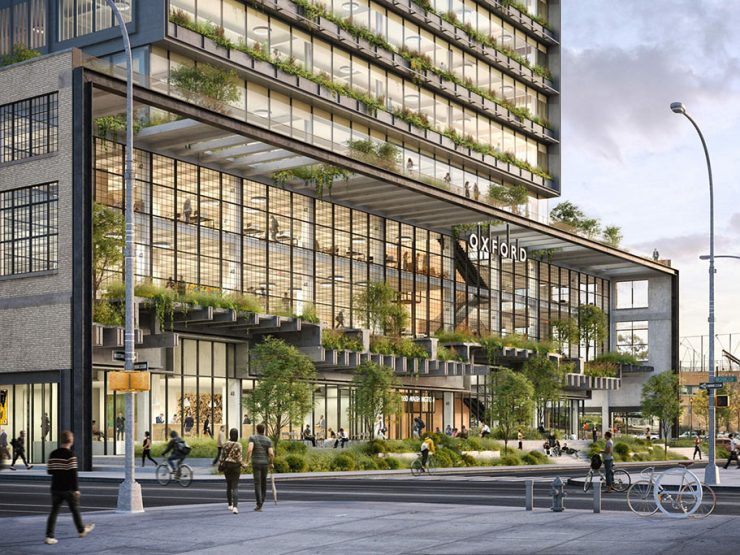 On September 21st, Google announced that it would purchase the St. John’s Terminal building on the Manhattan’s West Side for an eye-popping $2.1 billion. It is the largest sum paid for an office building in the U.S. since 2018.

The St. John’s Terminal purchase is far from the only New York real estate deal involving a big tech firm. I see growing evidence that the technology sector will be integral to Manhattan office revival in the coming years.

St. John’s Terminal, which for the time being is owned and operated by Oxford Properties, sits on Washington Street along the Hudson River. Google began leasing the 1.3 million square building in 2019 as the principal hub of its Hudson Square Campus. At the time, Google had 7,000 employees working in New York City. They vowed to double that within a decade, and the number stands today at 12,000.

Oxford Properties only recently purchased St. John’s Terminal for $700 million and was in the process of redeveloping it when they signed Google as a tenant. Now, Google has exercised its option to buy the property outright.

This decision will mark a considerable payday for Oxford. It also represents a big bet on Google’s part, one that they have held firm for years.

The Firm’s Most Recent Purchase Out of Many

Construction continues at St. John’s Market. The property should commence operations in 2023. When that happens, Google’s New York office footprint will reach 3.1 million square feet, which will make them one of the largest tenants in the city.

Ruth Porat, CFO of Google’s parent company Alphabet, explains the company’s rationale like this: “New York’s energy, creativity and world-class talent are what keep us rooted here and why we’re deepening our commitment with plans to purchase St. John’s Terminal … We look forward to continuing to grow along with this remarkable, diverse city.”

St. John’s Terminal sits alongside 111 Eighth Ave and 450 West 15th St, which the company also owns. Google had also purchased the Chelsea Market building on Ninth Avenue for $2.4 billion only three years ago.

It’s a good sign that one of the country’s most prominent companies sees fit to expand its New York office portfolio when there is so much public discourse about remote work.

In an era of endless Zoom sessions and shared Google Docs, the idea of returning to the office full-time can seem unimaginable. Yet, big tech firms, arguably the best equipped to go 100% remote, are driving a lot of commercial leasing activity, signaling their long-term intentions.

In August 2020, Facebook leased all office space – a 730,000 square-foot lease – at the sprawling James A. Farley Building in Midtown West. The former post office brought the social media giant’s total Manhattan footprint to 2.2 million square feet. It was one of last year’s biggest leases.

Similarly, Apple expanded its New York offices last year for the first time in a decade. The 220,000 square feet the company took at 11 Penn Plaza is a significant increase from its existing Flatiron offices. Spotify’s $566 million, 17-year lease at 4 World Trade Center made headlines in 2017. Even though the music-streaming giant is offering employees the option to work 100% remotely for the foreseeable future, they seem to be holding onto that entire downtown space.

Then, there’s Amazon. Its nationwide search for a second corporate headquarters saw it commit to Long Island City. It subsequently backed out in early 2019 after popular and political resistance. However, by the end of that same year, Amazon signed a 335,000 square foot lease at 410 Tenth Avenue.

I believe we are witnessing a real-world affirmation of the importance of in-person collaboration. Employees work more seamlessly and more creatively when they can engage with each other face-to-face. This kind of interaction is vital for company goals. Highly competitive industry players like the firms mentioned above are laying the groundwork now to bring workers to the office safely and carefully.

The Transforming Face of Manhattan Offices

I can recall not long ago when Manhattan offices, especially downtown and midtown, were dominated by finance and law firms. That has changed dramatically in the last twenty years.

As New York bounced back first from September 11th, then from the 2008 financial crisis, Manhattan landlords and brokers shifted their focus. The finance and law tenants are still there, but they’ve been joined by younger marketing, technology, and creative enterprises.

According to CBRE, the tech sector has been the most active industry for leasing for nine years straight.

This shift provides golden opportunities for landlords, but it also requires them to rethink how to develop and market their properties on a fundamental level.

What Tech Employees Want from Their Office

New kinds of commercial tenants mean a new kind of office. The Facebooks and Googles of the world are not looking for the same kind of space as a Northern Trust.

Before the pandemic, I found that these young companies wanted an adaptable, fluid workspace. Logistically, this meant an open plan with breakout rooms and plug-in-and-work hot desks. The appeal of these amenities waned in 2020. Office workers began to crave more personal space and access to the outdoors.

Bear in mind, this sudden shift away from open, collaborative spaces is likely temporary. Workers understandably want isolated workstations as a matter of health and safety. I believe that the pendulum will shift back as Covid-19 infection rates decline. Admittedly, we cannot know the timeline for that decline.

In the present, companies will temporarily portion out their open floorplates to address pandemic-specific hygiene concerns. These dedicated spaces probably won’t be permanent, though. As work patterns move from fully remote to hybrid to fully in-office, offices will shift to match long-term company needs.

What This Means for Tech Sector Tenants

The massive leases and acquisitions I discussed above prove that tech companies want to return to the office. So, how should a tech firm, without the resources of Google, approach choosing a new office?

I suggest you consider the immediate needs of your workforce simultaneously with your company’s long-term office plan. You will have to imagine the future potential of a space. Work with your real estate broker and architect to discuss your post-pandemic vision. Then, once your broker has identified a potential space, you can determine how the floor should be divided for today’s safely distanced office.

To divide the space, you may want to consider modular office furnishings. These provide flexible workstation options that allow for both adaptability and safety. It will be a balancing act, and you will need to be pragmatic.

With increased vacancies in Manhattan, tech firms have a much greater choice of potential space at lower rents than they have had in many years.