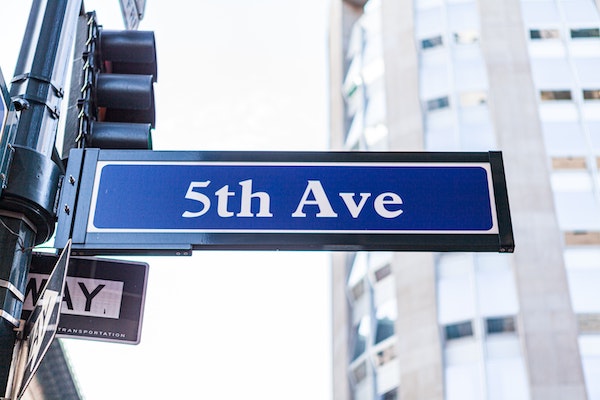 Another sign that Manhattan’s office market is on the path to recovery is a recent lease by tech giant Microsoft. The Redmond, Washington-based company signed a 150,000-square-foot lease at 112 Fifth Avenue in the Flatiron District.

According to The Real Deal, Microsoft will take over half of the Midtown South office building, currently undergoing renovation. JLL represented Microsoft in the lease agreement, while Newmark represented the landlord, Bromley Companies. Asking rents were not revealed, but Class A office space in Midtown South can command as high as $80 or even $100 per square foot.

Microsoft doesn’t seem to have a clear plan for calling employees back to the office. The company initially intended to reopen its offices on October 4 but abandoned that plan as the Delta variant of Covid19 spread across the country. As of now, Microsoft hasn’t announced a new reopening date for its offices, and yet it decided to bet big on Manhattan by signing a major lease. This is a positive and encouraging sign that companies are still interested in maintaining a physical in-office presence. What’s more, it is an encouraging sign for Manhattan’s commercial real estate market.

The Manhattan office building at 122 Fifth Avenue was initially completed in 1899, boasting a design by prolific Ladies’ Mile architect Robert Maynicke. Bromley Companies purchased it in 1979. In 1987, Barnes & Noble moved their headquarters to 122 Fifth Avenue, and in 1994, Gap opened a flagship store on the ground floor. The building is currently undergoing a $100 million repositioning to upgrade the facade, renovate the lobby, and modernize all systems and interiors. Studios Architecture is in charge of the renovation effort. Tenant delivery is expected by the end of the year, but there’s no news yet on when Microsoft will move in.

The building at 122 Fifth Avenue offers top-class amenities in an excellent, transit-oriented location on Lower Fifth Avenue. It features an 18,700-square-foot, tenant-exclusive rooftop and has one of the largest floor plates in the neighborhood, ranging in size from 27,000 to 34,000 square feet. Additionally, the property incorporates advanced touchless systems, smartphone integration, and state-of-the-art air filtration and distribution technologies.

Tenants enjoy private entrances and branding opportunities and expansive natural light, oversized windows, and high ceilings. Those working in the building have easy access to public transportation. 122 Fifth Avenue is just minutes away from the Union Square Transit Hub. Madison Square Park and Union Square Park are also within a short walking distance.

Microsoft will be in good company at 122 Fifth Avenue. Other tenants in the neighborhood include Twitter, Facebook, Apple, Sony, Oracle, eBay, Yelp, Adobe, Netflix, Twitch, LVMH, Discovery, Compass, and Zillow. The Flatiron District is slowly but surely becoming a veritable tech hub for startups and large corporations alike. Competition for Class A Flatiron office space is intense, even during a pandemic.

New York City seems to be shifting from a financial services hub to a leading tech hub. All the technology giants have an office presence here, and most of them are expanding their NYC footprint. Google has been establishing a solid presence for years, and it continues to grow. The company is paying $2.1 billion for the St. John’s Terminal project. Facebook recently leased 730,000 square feet of office space at the Farley Post Office building. Amazon plans to turn the former Lord & Taylor retail flagship at 414 Fifth Avenue into office space. Apple has 11 locations in NYC and is also present on Fifth Avenue. Microsoft itself has a 200,000-square-foot office at 11 Times Square in Midtown Manhattan. It also has an office at 300 Lafayette in Soho.

According to Forbes, the number of technology companies in NYC more than doubled over the past 20 years, reaching more than 10,000 in 2020. There are also twice as many tech companies as securities companies in the city. Since 2008, the five largest banks in the U.S. have given up close to 5.5 million square feet of Manhattan office space. During that same period, Google and Amazon purchased roughly 6.5 million square feet in the city. Apple, Facebook, and Microsoft continued to expand, leasing millions of square feet of office space. This shows that a significant shift has been happening in NYC, from a global financial hub to a tech Mecca. What’s more, these big tech giants are keeping the city’s commercial real estate market afloat during this pandemic.