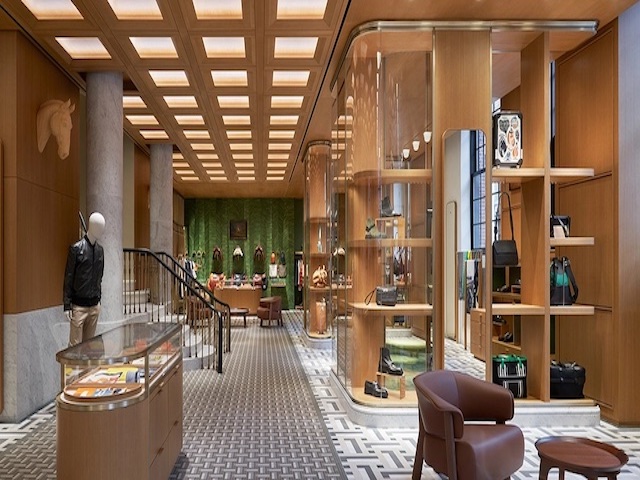 Retailers like Givenchy, Hermès, and Gucci have acquired new retail space throughout Manhattan in 2022. That only scratches the surface of luxury activity.

However, it begs a few questions as to why?

Why would luxury retail be a hot sector in New York City? Isn’t inflation still hot? What about a potential recession? Plus, where in New York City are the safest places to lease commercial real estate with crime supposedly an issue?

If you’re asking these questions, you are not alone. However, there are three pivotal answers as to why luxury retail is not only coming back but thriving. Or why 2023 could have even bigger things in store.

Luxury Consumers Are Less Affected by the Economy

One thing about luxury retail is that the clientele is less sensitive to an economic slowdown. High-end retailers have a wealthier clientele with the purchasing power to withstand inflation. Frankly speaking, no matter the CPI or the cost of a full gas tank, they will continue to buy nice shoes and handbags.

​​More money equals affluent customers who are capable of paying for luxury brands.

Regarding commercial real estate in New York City, Richard Hodos, JLL’s Retail Brokerage vice chairman, notes that “luxury as a category is on fire and that consumers aren’t affected at all by what is going on the market.”

Take what’s happening around Fifth Avenue. Retailers are returning in droves and positioning the submarket for an even more lucrative 2023. Aritzia leased three levels at 33,000 square feet at a former Topshop. Victoria’s Secret just reopened at 640 Fifth Ave. Swarovski’s redoing Gap’s interior at 680 Fifth Ave., and Mango opened up a few blocks down at 711 Fifth Ave. in Ralph Lauren’s former space.

However, that’s not the only famous Manhattan street seeing the comeback of luxury retail. According to Rebusiness Online, “luxury retail along Manhattan’s Madison Avenue shifts from rebounding to thriving.” Valentino just signed a lease for 26,300 square feet at 654 Madison, Calvin Klein’s old digs. A stone’s throw away, Louis Vuitton took up space at the former Barney’s at 660 Madison Ave. Moreover, Hermès completed its new store at 706 Madison.

What a change from 2020, when walking on Madison Avenue seemed like the apocalypse.

The Return of Office Workers

Retailers in and around the Midtown Manhattan office space market “live and die with the office density,” according to CBRE vice chairman David LaPierre.

By the start of next year, this figure could top 50%.

“We are totally back,” said Steven Soutendijk, an executive managing director at Cushman & Wakefield. Look no further than the completion of buildings like 425 Park as evidence.

As office occupancies tick higher, luxury retailers gobbling up spots throughout Midtown, Soho, the West Village, and the Meatpacking District.

The Return of Tourists

After two years of pandemic restrictions and social distancing, things are starting to feel a lot more normal in New York City. With tourism returning to New York City comes the return of shoppers. You can see it first hand at the vibrant holiday markets.

Yet beyond the big luxury brands taking up more and more Manhattan retail space are other types of luxury retailers, such as food, fitness, and health care, that tourists will always frequent.

Neighborhoods like Soho have long catered to free-spending tourists. The return of tourists has had a direct effect on luxury retail, making a comeback to the neighborhood. Armani just subleased space at 536 Broadway, for example.

Other luxury retailers are opening nearby pricey hotels too. For instance, down the street from the famous Gansevoort Hotel in the Meatpacking District, a Sisley-Paris Spa at 652 Hudson just opened.

As office workers and tourists return to the city and affluent shoppers continue to flex their purchasing power, luxury retailers see New York City as an excellent bet for 2023 and beyond.

After all, even though Bloomberg projects a U.S. recession within the year as “effectively certain,” research from McKinsey reveals the luxury sector could grow between 5-10% in 2023.

New York City could be a big part of that.

If you’re looking to lease office or retail space in these resurgent neighborhoods, speak to an experienced commercial broker to help you navigate the market.