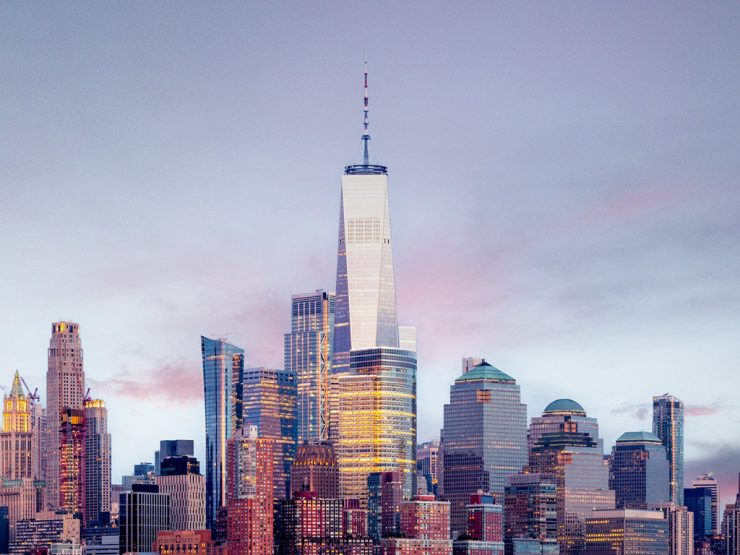 I have been thinking lately about the towers that define our city. We are living through a contemporary boom time for skyscrapers, with new buildings regularly topping 1,000 feet. Only seven years ago, One World Trade Center became the tallest building in New York and in the entire western hemisphere. Today, four properties exceed it, at least by roof height. New York’s tallest buildings include condos, rentals, offices, and mixed-use towers.

Developers love these projects, which pack more rentable square feet into a single lot of land. Community groups and politicians often disagree, pinning supertalls as monuments to ego and bastions of the 1%.

Whether you are enraptured of these goliaths or find them atrocious, they are a fixture of contemporary Manhattan. Moreover, office tenants might find tangible benefits from leasing space in one of them. 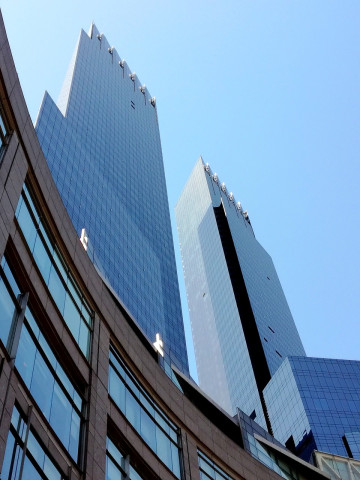 It wasn’t long ago that Jackie Onassis and umbrella-wielding Stand Against the Shadows protesters fought against supertall structures. In 1987, they pushed back against Mort Zuckerman’s proposed Time Warner Center. Its initial design would have enshrouded parts of Central Park in (occasional) darkness. The protest’s success can be seen in the more modest, two-tower structure that opened in 2004.

Public anxiety about tall buildings is a generation tradition in Manhattan. When the Equitable Building rose on a whole city block along lower Broadway in 1915, New Yorkers were scandalized. They feared the 38-story monolith would begin a construction boom that deprived the common citizen of sunlight. This criticism resulted in zoning reform. The legislation capped tower height and mandated setbacks.

In 1922, the Flatiron Building opened. It was one of the tallest buildings in the world at the time. Initially, tenants were reticent to move in, fearing any tower that tall and slender would collapse.

You can only keep the supertall tower down for so long.

That has led to a resurgence of cloud-touching properties. Indeed, Stand Against the Shadows re-emerged in 2015 to state their displeasure. They were less successful in the new millennium.

In the 21st century, eleven towers have topped the Empire State Building, and more are coming. They boast breathtaking views, contemporary design, and several other appealing qualities.

Residential and Commercial – Sometimes Together

As more developers look to the sky, many are embracing mixed-use models. One Beacon Court, for example, combines 105 luxury condos with several floors of office and retail space. The same is true of the aforementioned Time Warner Center, which incorporates office space, the Mandarin Oriental hotel, and a high-end shopping mall.

In a recent interview, Daniel Safarik of the Council of Tall Buildings and Urban Habitat states, “The trends are pointing to more mixed-use projects and fewer all-office and all-residential projects.”

Ongoing tower projects like 267 Broadway in TriBeCa and 109 East 42nd Street near Grand Central Terminal are zoned for several types of leasing.

What does the movement toward mixed-use mean for tenants? In short, it reflects a more stable property. Buildings that intermingle residential, retail, and commercial space are less vulnerable to market disruptions in any one sector. Office tenants will see some of the ultimate benefits of a stable property with regular cash flow. Fair or not, financially stable landlords maintain their buildings better and have more ready capital for improvements.

Harbingers of a Green Future

One World Trade Center has high-efficiency cooling towers and water harvesting systems. The Bank of America Tower features roof and lobby gardens to improve air quality. They receive compost from processed food scraps from the property’s cafeteria. Meanwhile, the recently completed One Vanderbilt (see my video about it here) comprises 90% recycled material and is set to become fully LEED-certified.

Even so, office tenants reap many of the benefits of these features. Sunlight-filtering glass and high-performance glazing reduce heating and electricity usage. Rooftop water collection can mitigate engineering and utility costs.

There is also a less tangible benefit for employees. Natural light, greenery, and a sense that you are part of the environmental solution – all of these improve workplace morale.

The Centerpiece of a Neighborhood

Skyscrapers do not exist in isolation, especially not in a crowded metropolitan area like Manhattan. For all the public pushback against tall towers, they are rarely the elitist caricatures critics claim. Instead, it has become a necessity these days for builders to consider neighborhood character.

Indeed, some of the most prominent supertall properties in recent years have been exercises in community development. Look no further than Hudson Yards for a prime example. 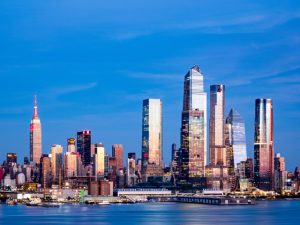 The office centerpiece of this area is 30 Hudson Yards, one of the ten tallest buildings in the city. This destination property has multiple premier tenants. Related Companies conceived of the site as more than just an iconic office block. Hudson Yards is a destination for all New Yorkers, with a mammoth public art structure, well-reviewed food hall, and gobs of residential space. It even has a named subway stop.

In the Downtown market, the rebuilt World Trade Center towers sit atop a sub-grade complex of retail, dining, and a massive transit hub. A public memorial park and a museum sit at the center of the site’s ring of office towers.

Hudson Yards and the World Trade Center are the two most public commercial developments of the 21st century. Both sites emerged as complete community plans rather than autonomous towers. For the companies that built them, choosing to create a neighborhood-in-miniature made financial sense. After all, tenants would be more inclined to move into a new property if they knew the immediate vicinity contained resources their employees liked.

I understand the resistance many New Yorkers have to supertall towers. They can reek of ego, elitism, or just plain folly.

Even so, we should acknowledge that the modern incarnation of the skyscraper has many desirable qualities. They tend to be well-conceived, relatively sustainable, and conceived as part of a community.

For established companies looking to relocate to a new, class-A building, these are an excellent option. Many companies with expiring leases at legacy properties are electing to move to new supertall towers. Specifically, SL Green has leased One Vanderbilt to 90%, with burly asking rents of $100 and $150 per square foot.

With that level of interest, it’s hard to imagine supertall development will disappear anytime soon.