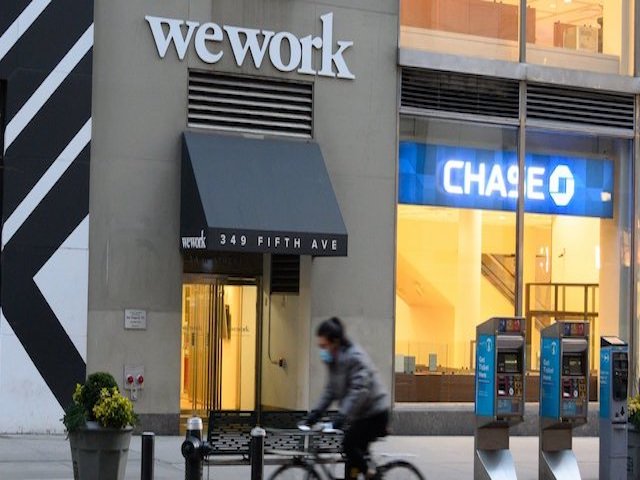 As 2022 comes to a close, falling from grace continues to be a consistent theme in the business world.

Perhaps it makes sense, considering we’re on the brink of a recession. But some of the scopes and scales of the collapses we’ve seen in 2022 have been jaw-dropping.

Once flamboyant business personalities see their once-hot companies and life’s work stripped away from them thanks to questionable business practices. We saw it with Sam Bankman-Fried and his FTX crypto empire. We continue to see it with Adam Neumann and the coworking behemoth he once spearheaded- WeWork.

WeWork continues to play an important role in the New York City commercial real estate market and was once the city’s largest office tenant with a $47 billion valuation.

Today, it’s on the brink of default. There will inevitably be consequences for New York City commercial real estate.

The post-pandemic demand for flexible workspace, especially in New York City, was once thought to have WeWork hot on the comeback trail. 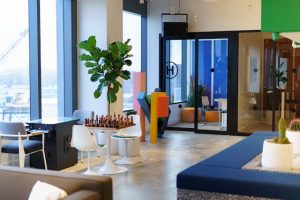 Particularly in markets like New York City, smaller tenants may have a harder time finding office space in a Class A building with amenities.

Yet, it might be too late for WeWork’s comeback if December 2022 shows us anything.

The bottom line is this. WeWork has gone from the face of coworking to a company teetering on the edge of default.

Its reckless financial practices continue catching up to it, and the macro-environment doesn’t help its case. It only has itself to blame.

It’s a perfect storm for WeWork right now. Digging itself out of this mess looks uncertain at best.

The month kicked off with credit rating agency Fitch lowering WeWork’s credit rating from CCC+ to CCC. A company with a CCC+ rating is considered risky yet dependable when market conditions are favorable. When it gets downgraded to CCC, it shows a higher level of default risks. What’s more alarming is that Fitch also downgraded WeWork’s senior unsecured bonds from CCC- to CC. That puts it firmly in junk territory.

Coupled with this downgrade are deteriorating cash reserves.

First, WeWork will finish 2022 with $300 million in cash. That’s less than one-third of what it had at the end of 2021. That’s alarming, considering that in 2021, it had $4.4 billion in operating expenses and $2.7 billion in revenue. In other words, its operating expenses were nearly double its revenue.

Per a recent Wall Street Journal report, the Company hemorrhaged negative $4.3 billion in cash flows between July and September this year.

Additionally, according to SeekingAlpha, WeWork had $2.397 billion in total revenue from January-September 2022. Lease expenses alone were $1.896 billion.

Hence, WeWork came nowhere close to covering its other expenses, such as:

Thus, WeWork’s net income for those nine months was a dreadful negative $629 million.

What doesn’t help matters is that WeWork may have a hard time begging its biggest investor SoftBank to bail them out again. Especially with Chapter 11 risks and continued net losses, pricey long-term leases, and cash flows evaporating into thin air. To date, WeWork has burned through over $10 billion from SoftBank.

A June 26, 2018 article on WeWork’s site titled “Landlords say partnering with WeWork is a ‘big win’.”

How things have changed since then.

To make a long story short, WeWork, for years, was one of the hottest real estate companies in New York and beyond. Its CEO Adam Neumann was a modern-day rockstar and expanded WeWork’s footprint at a mindblowing pace.

Then, as it went public, investors grew concerned and doubted its growth strategy and corporate governance. For example, in its 2019 IPO prospectus, WeWork revealed that it lost $1.9 billion in 2018 and $904 million during H1 2019. Just to fund its growth.

Then Neumann’s largely unchecked powers, ethics, and business practices came into question, and he was ousted.

Yet WeWork continued failing to right the ship, and much of it was due to legal troubles and a poor business model.

WeWork leases large swaths of office buildings. It then offers desk space or hybrid office packages to tenants who are either unable or not interested in renting traditional office space.

To make a long story short, WeWork’s revenue was insufficient to cover its expenses, and its margins were inadequate. Especially with all the cash it burned on advertising, marketing, and over-the-top amenities.

We’re now here today with the Company on the brink of default.

What Regus Got Right 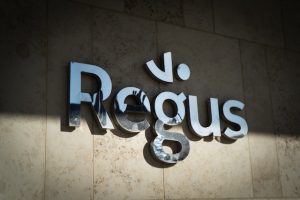 We can talk about WeWork’s mismanagement and the macro uncertainty for commercial real estate all we want. But the fact is, WeWorks’ biggest competitor faces the same macro headwinds. Despite being more low-key, Regus has shown itself to be considerably better managed and able to weather economic storms.

It shouldn’t be shocking that its parent company, IWG Group, now has a higher market cap than WeWork and has outperformed it since the day it went public.

Of course, it isn’t all sunshine and rainbows for Regus. The pandemic crushed them, and in 2021, it saw a net loss of $254 million on $2.7 billion in revenue. But that’s a heck of a lot better than WeWork, who had double the operating expenses than net revenue in the same year.

What Regus got right compared to WeWork is it always handled its business more quietly and professionally. It had the basic amenities in its coworking spaces but never went overboard like WeWork. It also didn’t spend a fraction close to the advertising and marketing fees that WeWork spent.

In other words, Regus took a long-term approach focused on fundamentals rather than chasing growth at all costs and recklessly burning through money.

Things could be better, and the future of office work is uncertain. But a Reuters report speaks volumes about where these two coworking giants are going.

IWG bought several former WeWork locations in London and New York in 2021. In comparison, WeWork has slashed its workforce and shuttered sites to cut costs as it faces the real prospect of a default.

WeWork remains a major tenant for commercial landlords in New York City. The consequences of a WeWork bankruptcy would be wide-ranging for New York City commercial real estate, especially with a potential economic downturn.

However, there’s something fundamental to realize.

WeWork is not the only player in town and not the only market maker. It’s no longer the largest office tenant in New York City. As it is, many New York City landlords are pivoting their strategies and portfolios to get ahead of the shifting market.

There is a questionable macro-environment and queries about the effect a WeWork bankruptcy could have on New York City commercial real estate. Yet, you could still argue that coworking space has a strong case. Hybrid or remote work is here to stay. Labor demand at tech companies also remains strong despite layoffs.

Furthermore, many companies may be reluctant to commit to long-term office leases in this environment.

WeWork’s biggest competitor Regus sure doesn’t seem to be complaining or burning away its cash.

It will be fascinating to see how things shake out in 2023 and beyond.