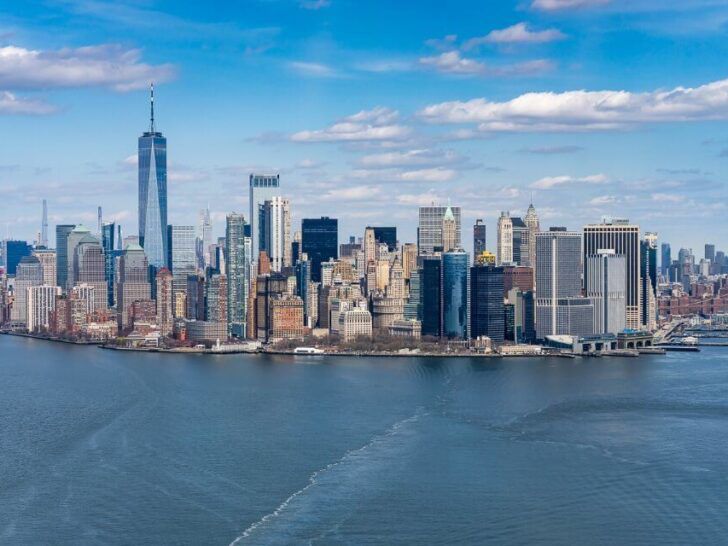 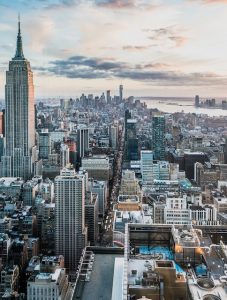 When we put together a similar type of year-end piece at the end of 2021, reflecting on the year that was and foreseeing the year to come, we mentioned challenging times. A year ago, our biggest fear was Omicron. This year, we confront sticky inflation, potentially morphing into a recession and stagflation.

Moreover, temporary pandemic-era trends, like remote work, now look like long-term trends that will reshape our lives. Inevitably, this will reverberate throughout many aspects of commercial real estate.

As landlords continue to bob and weave through the many jabs and uppercuts that the economy and tenant preferences throw, we could see a significantly evolving market in 2023.

The critical thing to note? The doom and gloom won’t necessarily be as widespread as people think.

Inevitably, there will be challenges ahead in multiple areas of commercial real estate. Although 2021 saw resilience in the face of a once-in-a-generation pandemic and fears, 2022 brought more fearsome macroeconomic headwinds that could persist well into 2023 and beyond.

JP Morgan’s 2023 commercial real estate outlook states that our economy is in “uncharted territory.” The bank believes three main macroeconomic factors could contribute to a mild to moderate recession in 2023 and impact all commercial real estate classes. As a market maker and the country’s largest city, New York City will be significantly affected. 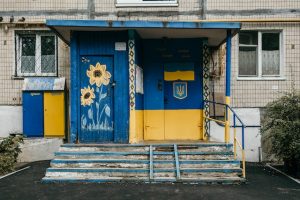 The war in Ukraine and sanctions on Russia have had global economic consequences. New York City is no exception. The February 24, 2022, invasion caused supply chain disruptions and bolstered already surging food, shelter, energy, and construction costs.

Unfortunately, the Ukraine war has no end in sight and could eventually broaden. Despite Ukraine’s valiant counteroffensive, which has Russia struggling to retain early gains, Russia has shown no interest in concluding its offensive. In fact, it could make another stubborn attempt at taking the capital Kyiv by early 2023.

Although November’s consumer price inflation rate cooled for a fifth straight month to 7.1% and came in lower than estimates of 7.3%, inflation remains stubbornly sticky. It remains over triple the Fed’s 2% target, around a 40-year high, and baked-in enough to warrant stagflation fears. High inflation, high unemployment, uneven economic growth, and negative yields plague the economy when stagflation occurs.

We already see the effects of stagflation in the New York City commercial real estate market. Alongside stubbornly high inflation are mounting layoffs. For instance, Twitter and Meta announced layoffs of 1,289 New York City workers in November. Amazon, Lyft, and Yelp are also reevaluating their real estate footprints following layoffs. Yet it’s not just tech firms. The layoff contagion has spread to Wall Street, with Goldman Sachs planning to lay off 4,000 workers.

On December 14, 2022, the Federal Reserve completed its final rate hike of 2022 in what was an unprecedented hiking rampage. It raised its benchmark interest rate a half a percentage point and hiked its targeted rate to 4.25% and 4.5%, the highest level in 15 years.

Although this was a marked decrease in hiking pace from the last few 75 basis point hikes, the Fed did not indicate that it planned on stopping rate hikes anytime soon. Just the opposite. The Fed signaled that rates will remain elevated through next year, with no rate decreases until at least 2024.

What does this mean for New York City commercial real estate in 2023?

On the other hand, the outlook for retail and especially office space look uncertain. For example, say you’re a landlord of a commercial building. What do you do if you need to refinance a loan at increased rates when your vacancy rate is double that of early 2020, and the rent roll is lower?

The Outlook For Each Real Estate Sector in 2023

However, savvy investors and tenants can still capitalize on unique trends. Let’s see how each commercial asset class in New York City could do in 2023. 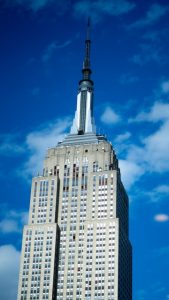 Yet, potential stagflation and remote work could be disastrous for 2023’s office outlook.

Although landlords have done what they can to use amenities to try and lure workers back to in-person work, they could be fighting an uphill battle.

New York City Comptroller Brad Lander seemed to admit as such in a December 13, 2022 note. “Office occupancy and commuting numbers have held steady for several months, suggesting that we may be settling into a new normal.”

According to a New York City Independent Budget Office (IBO) report, the looming economic slowdown, rising interest rates, and remote work will continue weakening demand for leasing office space. The value of real estate sales could drop 15.9% from 2022 to 2023 and lower the value of New York real estate sales to $101 billion.

Co-working space has an uncertain outlook as well.

WeWork is on the brink of bankruptcy, while flex office space provider Convene grew too fast for its own good and laid off 54 New York City workers.

However, New York City’s figures in Q3 were even stronger. Vacancy rates sat nearly half the national average at 2.3%. Rents also rose to $2,972 per unit and marked an eighth consecutive quarter of growth.

In response to the performance of multifamily vs. office, many of the city’s largest landlords want to convert empty offices into residential units.

New York City’s largest landlord SL Green also describes office-to-residential conversions as “one of the most important topics that we will be championing over the coming months and years.” In 2023, it plans to sell its stake in multiple office properties to raise over $2.4 billion.

There will always be demand for industrial and commercial space in New York City as e-commerce continues to be a mainstay in our lives. This means warehouses, industrial facilities, storage spaces, and more.

“E-commerce will likely serve as a tailwind for the logistics industry—and industrial warehouse and distribution properties—for at least 10 years,” according to Victor Calanog, Head of Commercial Real Estate Economics at Moody’s Analytics.

These trends could continue well into 2023 and drive rents higher.

Having said that, industrial leases are usually longer. They could be a headwind for the sector since they only account for 2%­–3% inflation.

Retail’s outlook depends on location and subsector. Grocery stores, for example, continue to serve as strong anchor tenants and will always have demand and activity. According to JP Morgan, neighborhood shopping centers in well-populated residential areas also continue performing well.

On the other hand, many Class B and C shopping malls continue struggling, with many landlords looking to convert them into mixed-use properties. Retail in city centers has also had a slow recovery, primarily due to higher rents and fewer people working in offices.

One area of retail that saw a strong recovery in 2022 and could perform well in 2023 is luxury.

Luxury retailers like Givenchy, Hermès, and Gucci acquired new retail space throughout Manhattan in 2022. 2023 could have even bigger things in store.

Richard Hodos, JLL’s Retail Brokerage vice chairman, notes that “luxury as a category is on fire and that consumers aren’t affected at all by what is going on the market.”

Moreover, on Madison Avenue, luxury retail has shifted from rebounding to thriving. Valentino just signed a lease for 26,300 square feet at 654 Madison, Calvin Klein’s old digs. Louis Vuitton also took up space at the former Barney’s at 660 Madison Ave. At the same time, Hermès completed its new store at 706 Madison.

To sum it up, the outlook is opposite to the office market.

According to IBO projections, the hotel sector should surge in the next three years thanks to a pent-up travel demand following pandemic restrictions. Forecasts for 2023 see hotel occupancy tax revenue reaching $514 million, a shocking 49% increase from 2022.

Additionally, more than 3.1 million travelers booked hotel rooms between September and October in New York City. This figure is over 3x higher than any given month in 2020.

Perhaps that’s one of the reasons why many of New York City’s largest office landlords are in a contentious battle for the last remaining New York State casino license.

Thor Equities’ has a $3 billion bid with Saratoga Casino Holdings, Legends, and the Chickasaw Nation to develop a casino and entertainment complex in Coney Island.

The Related Companies is also partnering with Wynn Resorts on a bid for a casino in Hudson Yards.

The city’s largest landlord, SL Green, also has a proposal with Caesars and Jay-Z to redevelop 1515 Broadway and bring Caesar’s Palace to the heart of Times Square.

Remember- this is Manhattan’s largest landlord. Proposing a casino in the heart of Times Square speaks volumes about New York City’s office market and tourism demand. 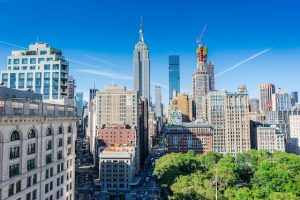 There is considerable uncertainty in New York City’s commercial real estate market. The after-effects of the pandemic have led to a forever-changed labor market, and the Fed’s loose monetary policy has led to historically high inflation and rising rates.

We now see the consequences of layoffs, reduced office demand, and a city that may never look the same again.

However, it is not all doom and gloom. 2023 has many opportunities for both landlords and tenants.

While doom and gloom might be the easy sentiment, the outlook is more complex in reality. It depends on where you look and what sector you research.

Most importantly, New York City, throughout history, has always been resilient. Its resiliency may look just a bit different and uneven in the coming year.